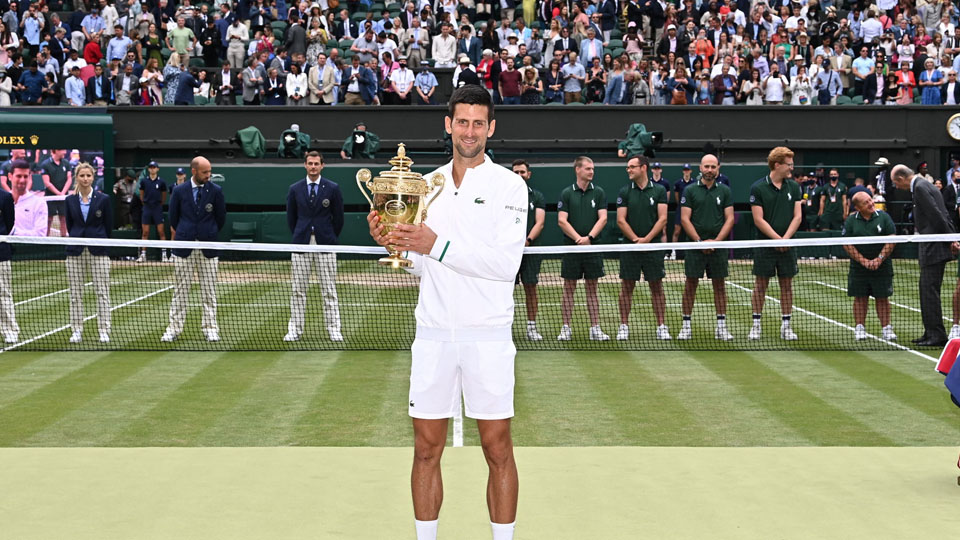 His win also put him 3-quarters of the way to the first calendar Grand Slam of all four Majors since 1969.

A sixth victory at the All England Club for Djokovic, who was playing in his 30th final at the Slams, added to his nine Australian Opens, two Roland Garros titles as well as three at the US Open.

Should he win a fourth title in New York in September, he will become just the third man in history after Don Budge (1938) and Rod Laver (1962 and 1969) to complete the calendar Grand Slam.

The Serb also now has 85 career titles while he has become the first man to break the $150 million prize money barrier.