Home » Voice of The Reader » With apologies to Shakespeare 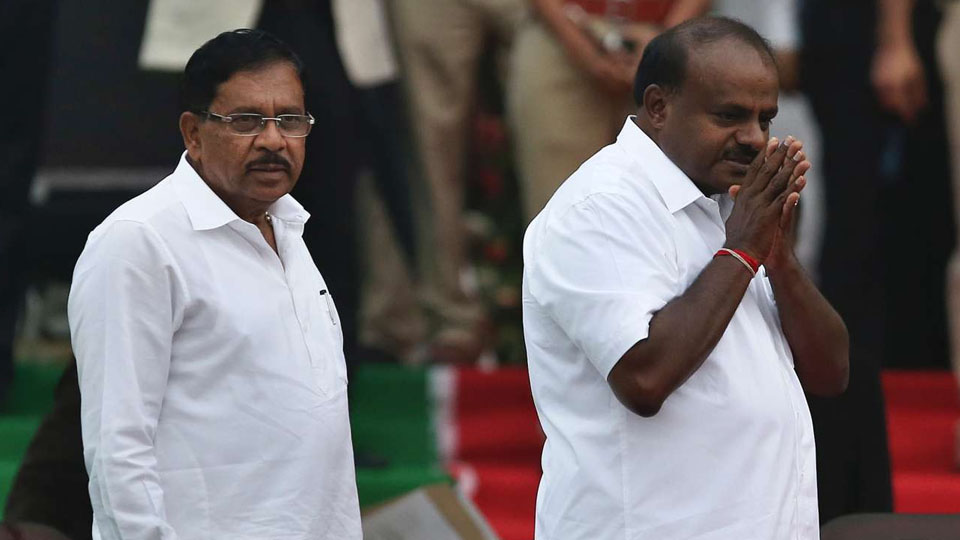 With apologies to Shakespeare

The supreme irony of the present day political environment is that it is the fate of 6.5 crore people of Karnataka to bear the Cross to patiently wait at the polling booth to vote. This helped in sending these honourable men and women to the Assembly to decide the fate of citizen voter.

This reminds me of the famous words of Anthony after he learnt how Brutus stabbed Julius Caesar in the back and  the justification he gave: Not that I love Caesar less but I love Rome more. It is left to the imagination of people as to whom these noble politicians of Karnataka love more.

With apologies to Shakespeare, this is the common man’s lament:

Here are our leaders in the Congress and JD(S)  coalition.

For they are all honourable men

Come I to speak on Karnataka’s fate

Karnataka was once a Royal city.

The Wadiyars left a royal heritage

But CM is an honourable man

And he has good intentions

But Chief Minister is an honourable man,

Speaks of so many grandiose plans

Which gave life sustenance to all

But CM is an honourable man,

Now lakh and more trees to be cut

For making way for long flyovers

While Bellandur and other Lakes stink

But CM means well for he says

Eventually it will help in traffic flow

And bring down pollution,

Of course, eventually we will all be dead.