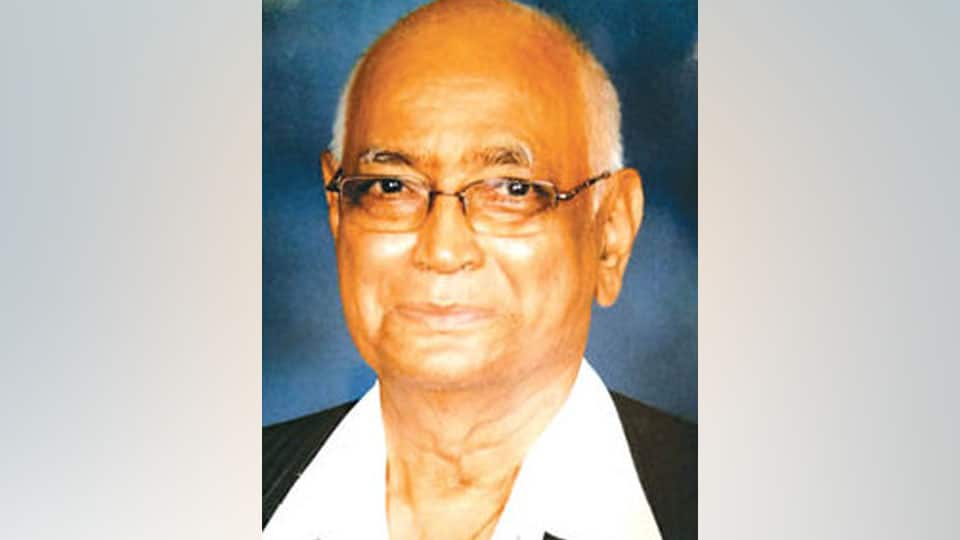 Mysuru: Y.N. Srinivas (81), former Secretary of Ganabharathi and a resident of Jayanagar in city, passed away early this morning at his residence.

He leaves behind his wife, two daughters, grand children and a host of relatives and friends.

Srinivas was a senior Textile Technocrat and was also associated with Jayanagar Sri Rama Temple as its President, Committee Member of Saptharishi Credit Co-op Bank and was the former Secretary of The Anathalaya in city.

Last rites were performed this afternoon in city, according to family sources.

Ganabharathi condoles, postpones dance: Ganabharathi has condoled the death of Y.N. Srinivas and as a mark of respect to the departed soul, it has postponed today’s dance programme indefinitely.

T.S. Venugopal, Secretary of Ganabharathi, in a statement said that Y.N. Srinivas had been very active in Ganabharathi for many years and had assisted Ganabharathi in many ways including maintaining financial discipline.