Home » Feature Articles » A year after maternal deaths, Cheluvamba to get HDU to handle emergency cases A year after maternal deaths, Cheluvamba to get HDU to handle emergency cases

More than a year after six maternal deaths at the Cheluvamba Hospital, a High Dependency Unit (HDU) to handle emergencies will be finally set up at the hospital and it is likely to begin functioning from April. The over a century-old hospital caters to the health needs of women from Mysuru and surrounding districts and the HDU, being set up under the National Rural Health Mission (NRHM), is aimed at reducing  the post-natal and neo-natal mortality rate.

Works to accommodate the HDU are already in full swing where the existing Ward No. 8 is being converted into the hi-tech unit. Advance equipment for the unit is awaited and the tenders will be opened on Mar. 15. Once the tenders are allotted, expert doctors will be commissioned for critical care. Works to accommodate the High Dependency Unit (HDU) at Cheluvamba Hospital in city under progress.

Top health officials, after taking note of the serial deaths of six women at Cheluvamba Hospital in November 2015 and several women at Vani Vilas Hospital in Bengaluru in the same period, had visited the hospitals for first-hand information on the facilities available at these hospitals to handle complex pregnancy cases. Later the officials sent a proposal to the Government to set up the HDU with 6 ventilators and 20 beds. With the Government making allocations in last year’s Budget, the civil and electrical works for the unit have gained momentum.

Patients with complex delivery procedures, high BP, hyper-diabetes, thyroid, eclamsia and such other ailments will be admitted at the HDU. As such the patients need not have to go to the adjacent K.R. Hospital or private hospitals anymore. The setting up of HDU will largely help in reducing neo-natal or post-natal deaths. 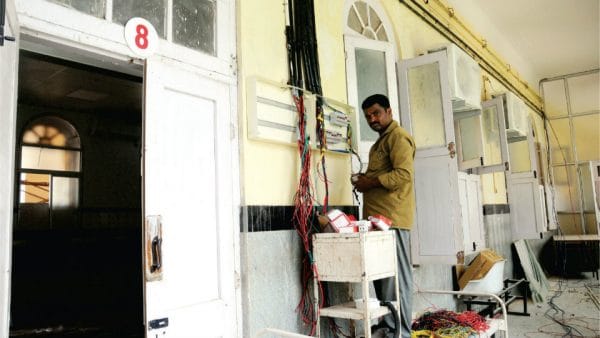 Cheluvamba Hospital is currently a 410-bedded hospital with 280 beds reserved for obstetrics and gynaecology patients, 120 for paediatric patients and 10 for patients suffering from poor nutrition. A total of nearly 70 doctors are serving at this hospital which has a paediatric intensive care unit, neo-natal intensive care unit and surgical intensive care unit. Besides inpatients, a number of child patients from several districts are treated as out-patients. The hospital also has ‘Mamatheya Thottilu,’ a facility for taking care of abandoned new-borns.

According to MMC&RI Dean and Director Dr. B. Krishnamurthy, in the past many pregnant women used to die in the absence of an ICU and other advanced healthcare units. As such, the MMC&RI, in association with the Health and Family Welfare Department, is upgrading the ICU in keeping with the present day emergency health care systems. The work is likely to be completed by next month, he said and added that the new facility will be a giant leap forward in taking care of women in advanced stages of pregnancy.

Cheluvamba Hospital Dean Radhamani said that more than 1,200 deliveries are done at the hospital in a month. The deliveries were hitherto being performed with human-controlled equipment. But with the setting up of HDU, the hospital will become hi-tech and will be able to effectively handle complex and emergency deliveries, besides treating post-delivery complications, she said.

District Health Officer (DHO) Dr. Basavaraj said that the setting up of HDU and modernisation of ICU are being taken up under the NRHM in association with District Health Centre.