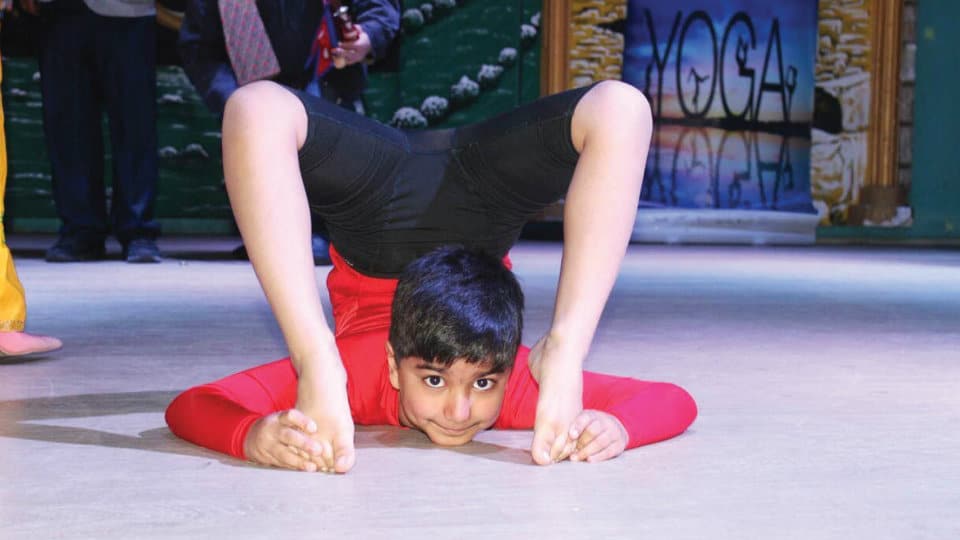 Mysuru: Ishwar Sharma, a nine-year-old Yoga prodigy, has won Gold Medal in the 4th World Yoga Festival and Championship which was held in Bulgaria in June.

Also an International performer and International speaker on Yoga and its benefits, Ishwar has won the ‘British Indian of the Year Award’ in 2018 and was bestowed the ‘British Citizen Youth Award’ by the British Government at House of Lords in 2018 for his contribution to yoga.

Ishwar Sharma has also initiated an e-petition, to “Include Yoga in School Curriculum” it has crossed 15,000 signatures.

Ishwar’s parents Dr. Nanjundiah Vishwanath and Dr. Mamatha Vishwanath, both born and bought up in Mysuru, are Consultant Radiologists in London. Ishwar visits Mysuru every year and gets inspiration for his yoga practice.