Home » Sports » Yoga to be a part of Sports 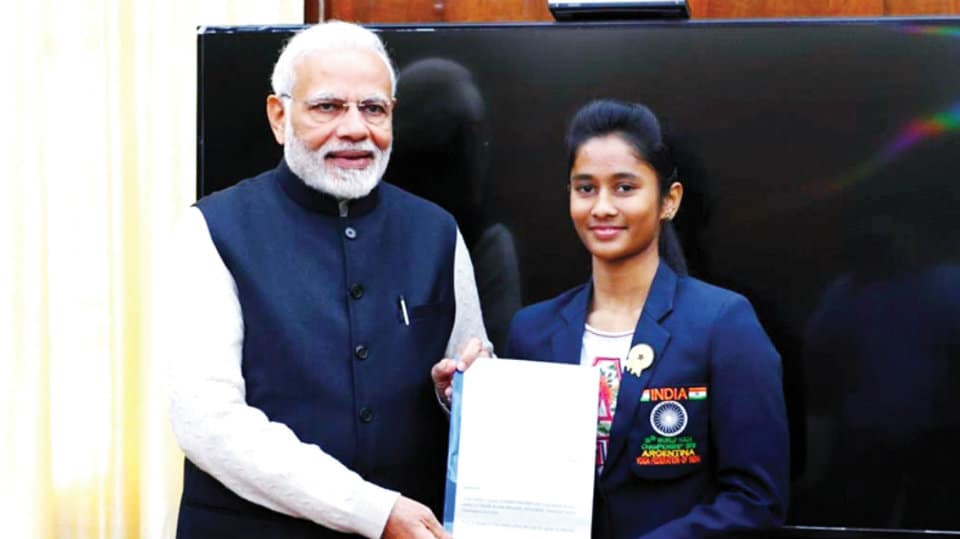 Yoga to be a part of Sports

Prime Minister Narendra Modi has positively responded to the appeal submitted by yoga exponent of city H. Kushi seeking yoga to be included in sports.

She has received a letter from the Union AYUSH Ministry, Yoga and Naturopathy Cell on the process initiated by AYUSH Minister to recognise yoga as a sports discipline.

Kushi, along with MP Pratap Simha, had met Modi in Delhi on Dec.31 last and had submitted a memorandum in that context. On the occasion, Simha also invited the Prime Minister to participate in 2019 International Yoga Day in Mysuru.

The Prime Minister had appreciated the desire of Kushi and had assured to give due credit and promote yoga as a part of sports.

In response to the direction by the PMO, Union Minister for AYUSH Shripad Naik has referred the issue to the Union Minister for Youth Affairs and Sports Rajyavardhan Singh Rathore for consideration and to review the status of yoga and recognise it as a sports discipline, it is learnt.

A 10th std. student of St. Joseph’s Central School in Vijayanagar, Mysuru, Kushi is practicing yoga at Vivekananda Yoga and Research Institute under the guidance of Dr. P.N. Ganesh Kumar.

She is the daughter of H. Kumuda and S. Hemachandra, an employee at Bharatiya Reserve Bank Note Mudran Ltd., Mysuru.