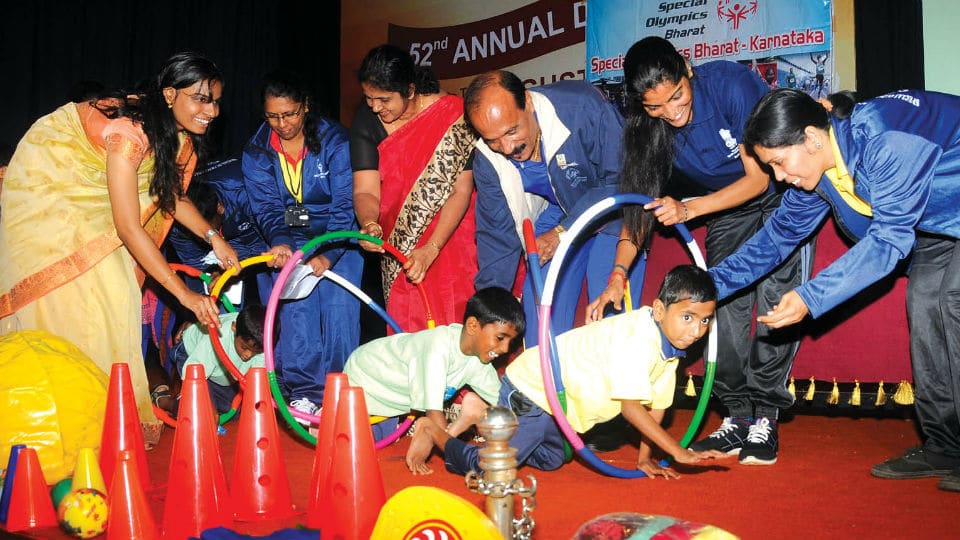 Mysuru: A two-day Young Athlete Training Programme for special children in the age group of 2-7 years began at All India Institute of Speech and Hearing (AIISH) on Bogadi Road here this morning.

He said that Special Olympic Bharat was providing special training in sports for special children in order to unearth their talents.

Shetty also urged the parents to help their special kids to understand and play the sports of their choice. Stating that there were 16 special schools in city, he said that most parents fail to send their children for school.

He also said that there was a need to send a large contingent for the upcoming Special Olympics for Kids to be held at   Saudi Arabia.

Around 150 children with various disorders including identity disorder, autism, cerebral palsy are taking part in the event.