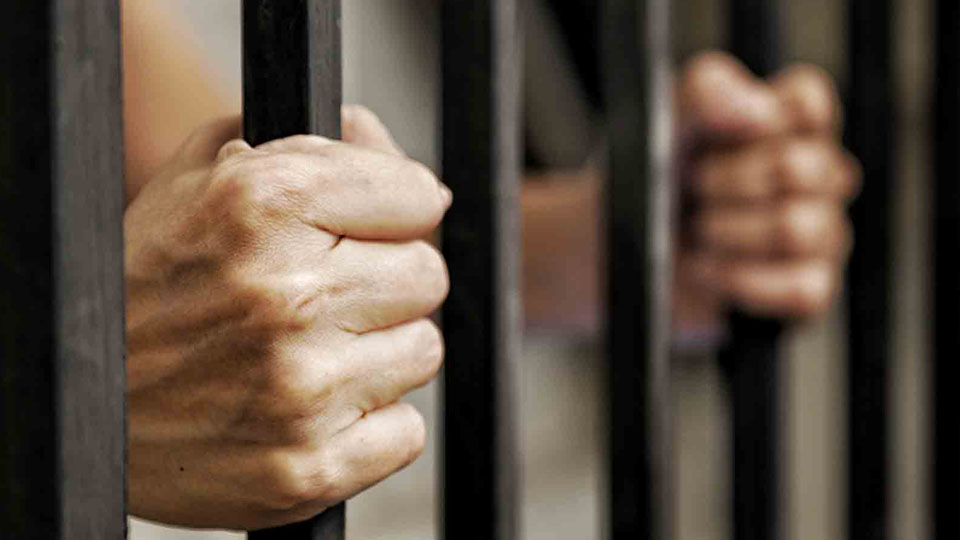 Mysuru: The Protection of Children from Sexual Offences (POCSO) Special Court has sentenced a 23-year-old youth to two years imprisonment and has imposed a fine of Rs.10,000 for harassing a minor girl in February this year.

The youth, who was convicted, has been identified as Naveen, a native of Govindanahalli in K.R. Pet taluk of Mandya district and residing at Vinayakanagar (Paduvarahalli) in Mysuru. He was working as a water can supplier in city.  Naveen, who used to supply water cans to the victim’s house regularly, learnt that the 10-year-old girl used to stay in the house alone after school till her working mother returned in the evening. Taking advantage of the situation, Naveen had made sexual advances, following which the girl protested and raised an alarm.

The girl had narrated the incident to her mother, when she returned in the evening following which the girl’s mother lodged a complaint at V.V. Puram Police Station the next day.

POCSO Special Court Judge B.S. Jayashri, who heard the argument, found the accused guilty of the crime and sentenced him under POCSO Act. Special Public Prosecutor B.C. Shivarudraswamy argued for the Govt.