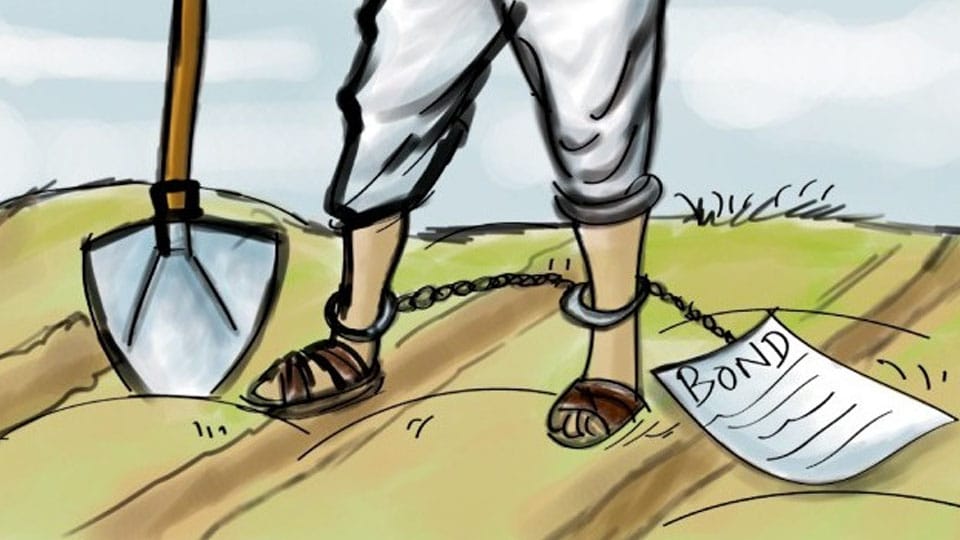 Mandya:  A 23-year-old youth, who was allegedly forced to work as a bonded labourer at a chicken meat stall for the interest amount to the loan he had taken, has been rescued by the taluk officials at Bellur Cross in Nagamangala on Wednesday evening.

The youth who was rescued belonged to Budubuduke Colony in Nagamangala taluk and the person who is accused of keeping him as a bonded labourer is Shekar, owner of a chicken stall on Bellur Road in Bellur Cross.

The youth had taken Rs. 40,000 loan and as he was unable to pay the interest, he was working as a bonded labourer since eight years. Unable to bear the torture, the youth had approached the members of Jeevana Jyothi organisation for help following which the organisation lodged a complaint with the district administration.