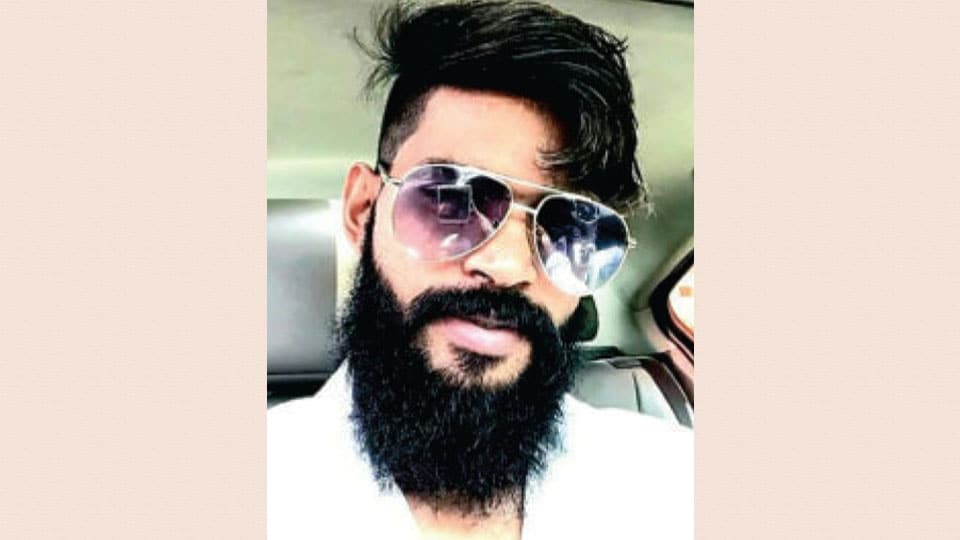 Mysore/Mysuru: The murder of a youth in broad daylight on June 16 in Vijayanagar Fourth Stage has turned out to be a case of professional rivalry and competition to cash in on increased customer base of beauty care. This rivalry resulted in one of the parties to give Supari to eliminate the other, Police said.

Investigating the murder case of 31-year-old Ashrith, who was running ‘Infinity Hair and Skin Solution’ in Vijayanagar First Stage, the Police have reportedly picked up nine suspects from Bengaluru in connection with the case.

The Police have depended on modern investigation techniques and collected clues regarding the case and have picked up the nine persons. DCP (Law and Order) Dr. A.N. Prakash Gowda told ‘Star of Mysore’ that the investigation into the case was under progress. “We have picked up a few suspicious persons in connection with the case and they are being grilled to ascertain facts. We have not formally arrested anyone but we will nail the killers soon,” he said.

Investigation has revealed that four persons were directly involved in the murder while they were indirectly helped by a couple of other persons. The suspects who are being probed now are either active or passive participants in the murder, Police sources said.

Ashrith hailed from Chikkamagalur and he along with his friends from Bengaluru Goutham, Manasa and Manju were working at ‘Hair and Skin Factory’ in Vijayanagar First Stage. They had a good customer base and they were dealing with hair grafting, bonding and transplantation.

Ashrith’s partner Goutham had filed a complaint with Vijayanagar Police and accused Rajaram, his wife, Rajath and Prashanth alleging conspiracy that led to the killing of his business partner. Goutham alleged that Rajath used to call them frequently over phone and threaten of murdering them if they do not close down their business. The bone of contention was professional rivalry and a large customer base.

Ashrith was killed on June 16 when he went out of his house to have a cup of tea when his scooter was knocked down by another scooter and two persons who came in a bike and hacked him. Ashrith died on the way to the hospital. Vijayanagar Inspector Balakrishna took up the investigation.

Based on Goutham’s complaint that Rajaram, his wife Shelly, Rajath and Prashanth were involved in the murder, the Police began looking out for clues. Considering the seriousness of the issue, City Police Commissioner Dr. Chandragupta had asked Balakrishna to take the help of Narasimharaja Sub-division Police.

Police sources said that ACP Shivashankar and team of Narasimharaja Sub-division had picked up the nine persons from Bengaluru for questioning.