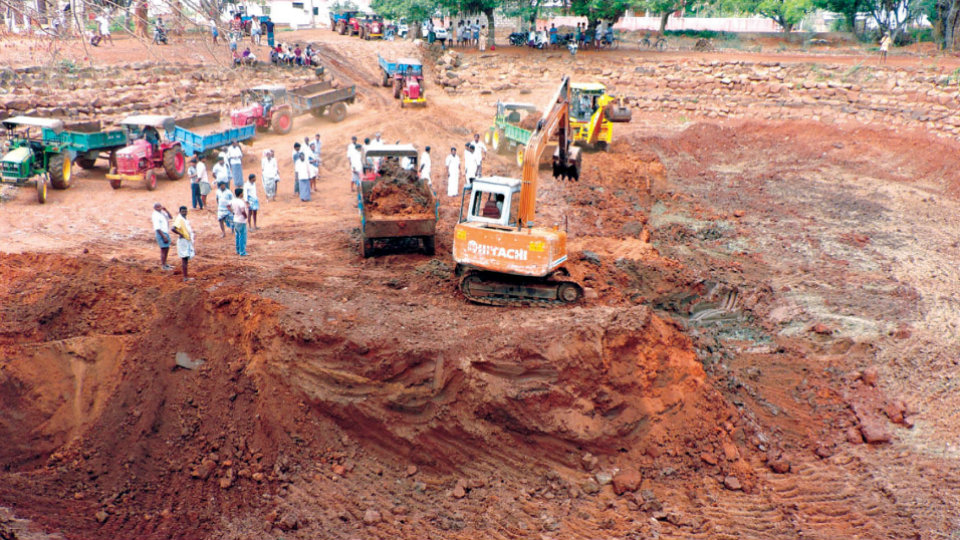 ZP Member takes up de-silting of Lake in Nanjangud

Sadananda, a Zilla Panchayat Member from Nanjangud, has set an example for other members by sponsoring the de-silting of a lake in Karya village. The works were undertaken on the 2-acre Lake on the occasion of former CM B.S. Yeddyurappa’s birthday celebrations recently.

The lake, which had remained neglected over the past few years, had become a dumping place for waste materials. Sadananda, not waiting for the Government funds, has been spending his personal money for the works. Sadananda said that he would also take up the works of rejuvenating the water bodies in his constituency.