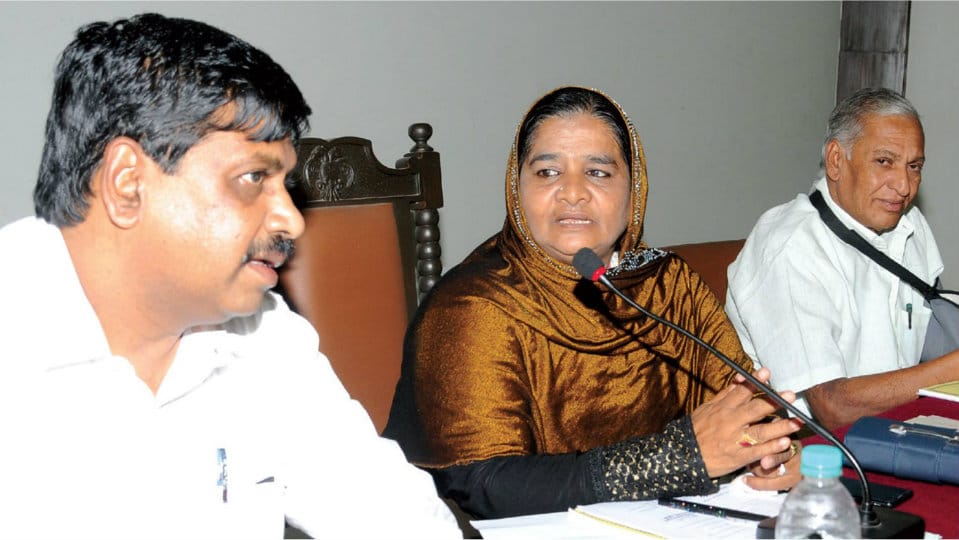 ZP members fume over delay in release of Government funds

Mysuru: The General Meeting of Zilla Panchayat (ZP) held at ZP auditorium here yesterday witnessed a furore by ZP members over non-release of Government funds which had incapacitated them to fulfil the promises made to the people.

Chairman of the Standing Committee for Social Justice Beerihundi Basavanna alleged that the members could not take up many works in their constituencies especially drinking water projects owing to fund crunch. He regretted that though action plans for drinking water projects were submitted to the government long ago, nothing has been approved so far.

ZP Member Pushpa Amarnath observed that their counterparts in Gram Panchayats were enjoying more power with good funds and hence termed it a pathetic situation.

With no immediate solution in store, the members asked ZP CEO P. Shivashankar to explore whether the funds sanctioned under Special Component Plan (SCP) and Tribal Sub Plan (TSP) could be diverted to the constituencies to take up immediate relief works. According to them the funds under SCP and TSP together was Rs. 36 crore.

Verbal clash: When JD(S) member S.R. Nandeesh targeted the Congress-led State Government for laxity in release of funds, Congress members objecting to that vociferously said that politics should not play spoil sport in development works.

That triggered a verbal clash with ZP President Nayeema Sultana intervening to defuse the situation.