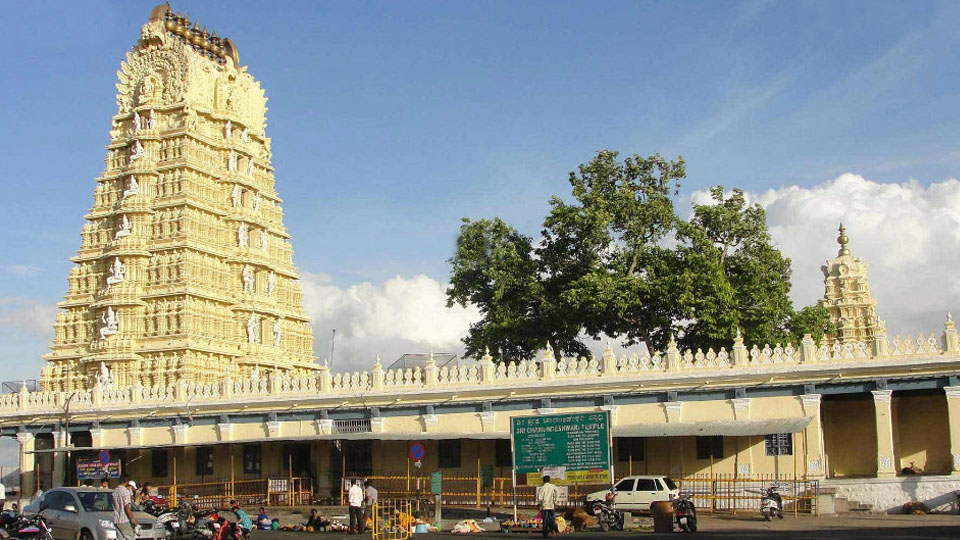 Mysuru: A driver of a tourist vehicle, who had brought tourists to the Chamundi Hill, allegedly assaulted a Security Guard for not allowing the vehicle near the  Temple yesterday.

While the Security Guard, who was assaulted, is Mahesh, the driver who assaulted him is Ayaz Shariff of city.

But Ayaz, who was in no mood to listen to Mahesh, got down from the vehicle and allegedly assaulted Mahesh.

Meanwhile, the localites who caught hold of Ayaz, handed over him to K.R. Police.

The Police, who conducted an enquiry, warned Ayaz, took an undertaking from him and released him on Station Bail.