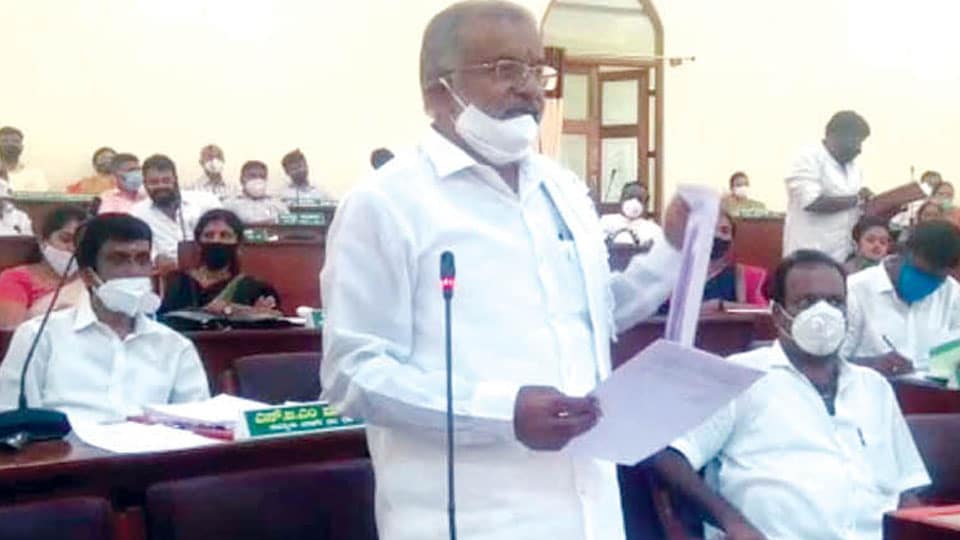 Mysore/Mysuru: “Drivers of Government Ambulances-108, instead of ferrying patients to Government Hospitals are taking them to Private Hospitals,” alleged MLA G.T. Devegowda (GTD).

Speaking at the Karnataka Development Programme (KDP) at Zilla Panchayat (ZP) auditorium in city yesterday, GTD said that there were complaints that after getting the patients admitted to private hospitals, exorbitant hospital charges were demanded by poor patients.

Pointing out that this has become a business, GTD asked District Health Officer (DHO) Dr. T. Amarnath as to under whose control were the ambulances.

Replying to GTD’s question, the DHO said 108 Ambulances come under DHO limits and added that he would speak to the concerned and take necessary steps.

Pointing out that three ambulances had arrived for H.D. Kote taluk, the DHO informed that the RTO was not registering the vehicles. The DHO said that the three ambulances after getting temporary registration were provided service during COVID pandemic but were seized by RTO.

The DHO further said that he was informed that as the vehicles had come from other State, data has to be ported from the concerned State and hence it is being delayed.