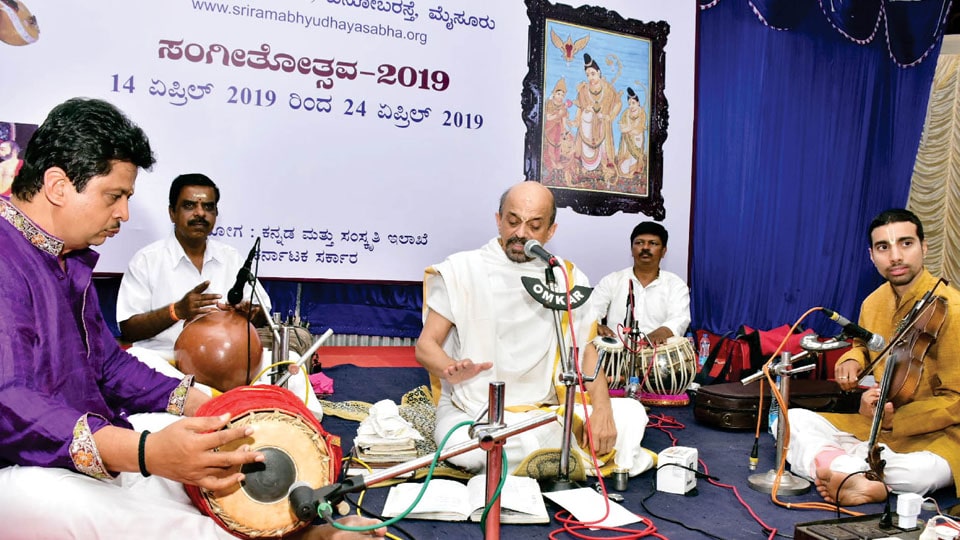 On the concluding day of Ramotsava at Alamma’s Choutry, Vidyabhushana sang devotional songs. Pradeshachar accompanied him on violin, H.L. Shivashankaraswamy on mridanga, his disciple Nagaraj on tabla and M.R. Manjunath on ghata.

Devaranamas and bhajans were sung only in temples and at homes before. Their concert appearance is comparatively a recent phenomenon. Vidyabhushana has conquered the hearts of people all over the world through his simple spiritual singing, proving that spiritual salvation is attainable to anyone who has pure and selfless love for God. 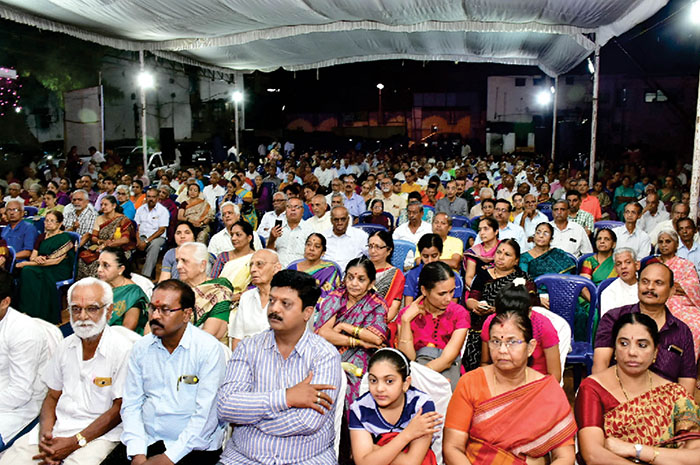 Dr. Sriram of the Sabha should be applauded for the grand and neat organisation of the event series, which went successfully  with no hassle. The concerts attracted a huge number of listeners from all over Mysuru every day. The prasadam served sumptuously everyday was an added attraction. May such Sabhas and music organisers, connoisseurs increase in hundreds, in thousands! ‘Santati Hecchali Saviravagali.’