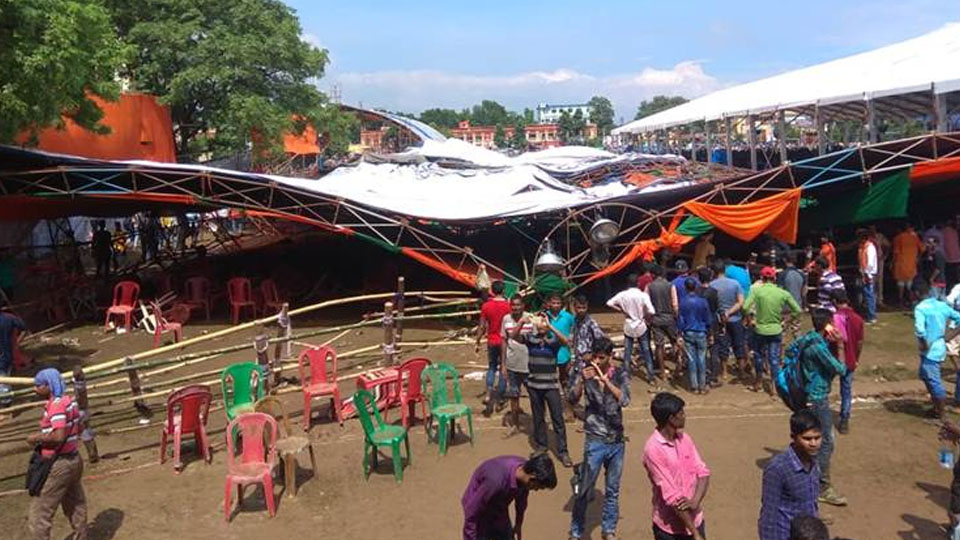 Midnapore, West Bengal: At least 15 people were injured when a canopy collapsed while Prime Minister Narendra Modi was addressing a rally at Bengal’s Midnapore today. The injured were taken to hospital on motorcycles and even by the ambulance that follows the Prime Minister’s convoy. PM Modi later visited the injured in hospital.

It had been raining heavily since morning and was drizzling at the time the canopy collapsed. The structure was weakened further when people tried to climb the supporting poles for a glimpse of the Prime Minister.

The situation was so chaotic that when the structure started collapsing, PM Modi stopped his speech to urge people to be careful, get off the stage and move to a safer area. “Those who have climbed up, please get down, all of you… please climb down. Those standing up there, please get down. Don’t run,” he urged. Many of the injured are believed to be women.