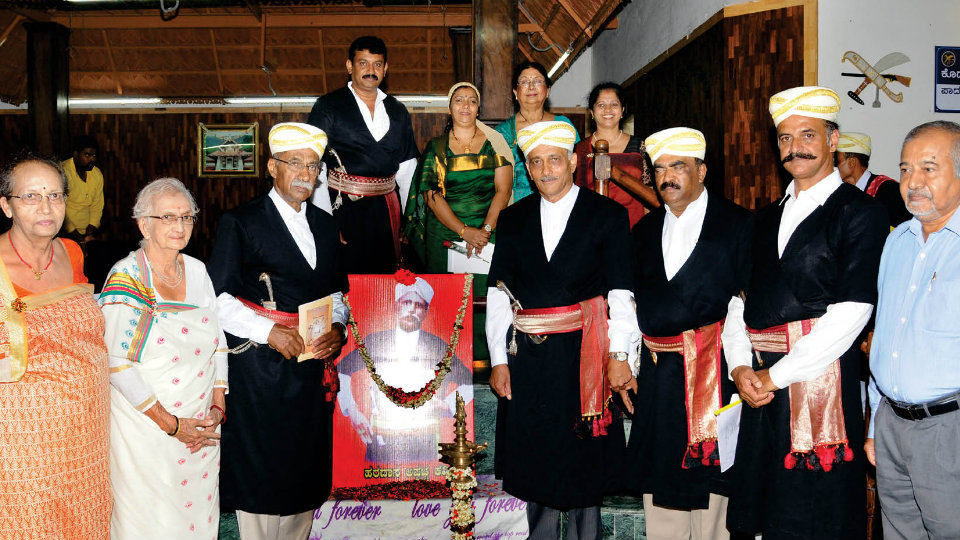 Mysuru: Noting that Appacha Kavi was not only a poet but also a social reformer, President of Akhila Kodava Samaja Mathanda C. Monnappa has said that Appacha Kavi’s works in Kodava language were outstanding.

Pointing out that Appacha Kavi had made great contribution to Kodava Language and Literature and his works are evergreen, Monnappa said that most of his poems and dramas emerged from his experiences and based on the studies     conducted by him on Kodava Community.

Nellamakkada B. Kaverappa, one of the guest speakers, in his address, said that the year-long 150th birth anniversary celebrations of the great poet Appacha Kavi began at his birth place at Napoklu in Kodagu in Sept. 2017 and will conclude in September this year.

Observing that the younger generation of Kodavas had little knowledge of Appacha Kavi, he said that Appacha scripted his first Kodava language work from Kannada play ‘Yayathi’ in 1906 and followed it with ‘Sri Savithri Nataka’ and ‘Subramanya Swamy Nataka’ in 1908 and ‘Sri Kaveri Nataka’ in 1918 to name a few. 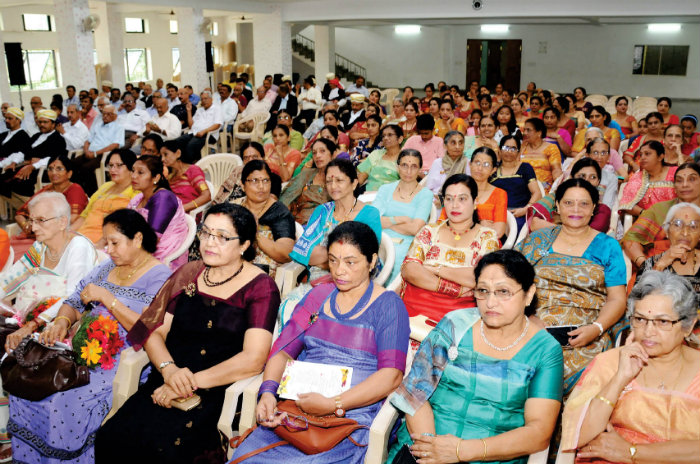 A section of audience at Kodava Samaja yesterday.

Maintaining that Appacha Kavi enriched Kodava language, Kaverappa said that the great poet, born in the 19th century wrote mostly on social issues and rose to be an ‘Amarakavi’.

Just as Shakespeare enriched English language and literature, Appacha Kavi made significant contribution for the development of Kodava language, he added.

The book is aimed at educating Kodavas residing outside their homeland on the practices and rituals to be adopted while conducting the last rites of dead Kodava persons.