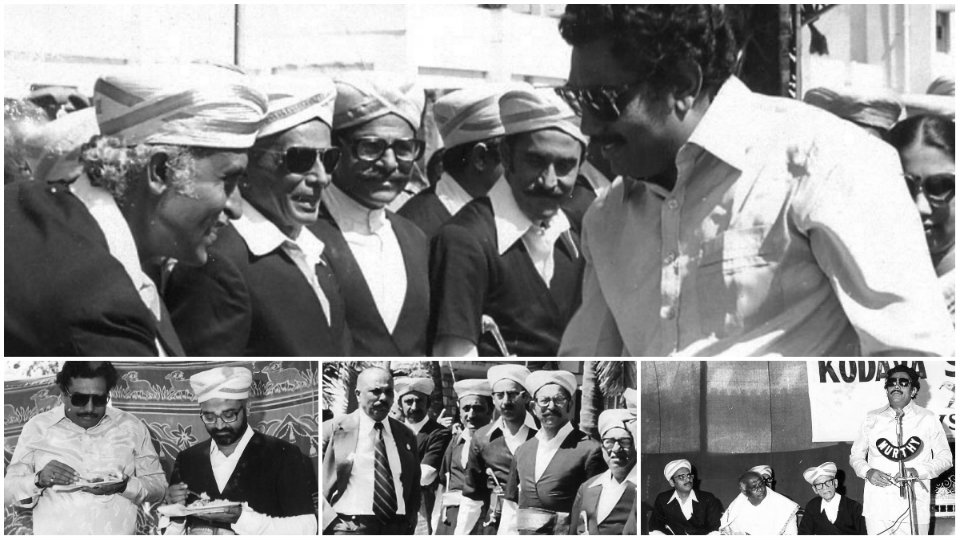 Last week I happened to meet an old friend in Kodagu after a long time. Maneyapanda Mohan (in pic) to his friends and relatives aka Muthanna. A lively person always, ‘hail the fellow well met’ kind. In the 80s, he was the President of Gonikoppa APMC who turned it into a profit-making body for the first time and constructed yards and buildings of its own. 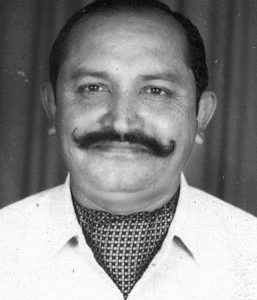 ‘Dost se dost mile to do dose’ (when a friend meets a friend it is time for ‘cheers’). So it was and our conversation went rambling to Kodava Samaja Mysore and the birth of its own building.

It was then that he mentioned of having in his possession a photo album containing pictures of Gundu Rao, his uncle Rao Bahadur Kodandera C. Muthanna, the then President of Kodava Samaja Mysore and others including me in my earlier avatar with a beard and thick glass resting on my nose. (see pix)

My interest to see the ‘ancient’ album was because Mohan mentioned that one photograph was of me having breakfast with the then newly-minted Chief Minister R. Gundu Rao who laid the foundation for the Kodava Samaja building in Jayalakshmipuram on Nov. 14, 1981. I  was looking at myself after 36 years, well, as an old man now.

Similarly I see many of my friends and Samaja members in these pictures. I am sure, they would love to see the pictures of themselves and their dear and near ones 36 years ago. So here above I produce some of them.

Those were the Days of British Raj…

There were many artefacts, correspondences and records related to the days of British rule. One was the stamp paper used for writing a Sale Document for the purpose of registering it. This one was purchased on 21.11.1932 at Ponnampet Sub-Treasury, Coorg. When Customer was the King indeed!

Since the Post Cards reproduced here above are self-speaking, I will not dilate except to say that this watch was duly repaired (free of cost) and returned to its owner “K.N. Kushalappa, Teacher, G.P. School, K. Badaga, Srimangala, S. Coorg.” From Bombay to Badaga village in Kodagu! Well, those were the halcyon days of honesty and concern for the customers. Note the year 1954. 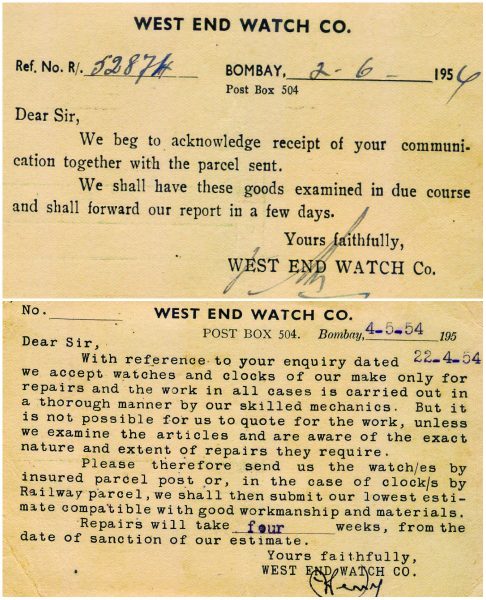 Donation to an Ashrama

Here is a receipt issued for a donation of two annas (present 200 paise) by  Sri Sharada Ashrama, branch of Sri Ramakrishna Ashrama in Ponnampet, Kodagu, on  29.1.1937. I was not even born then. 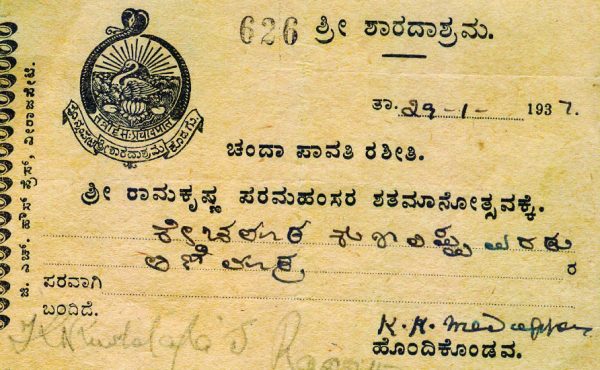