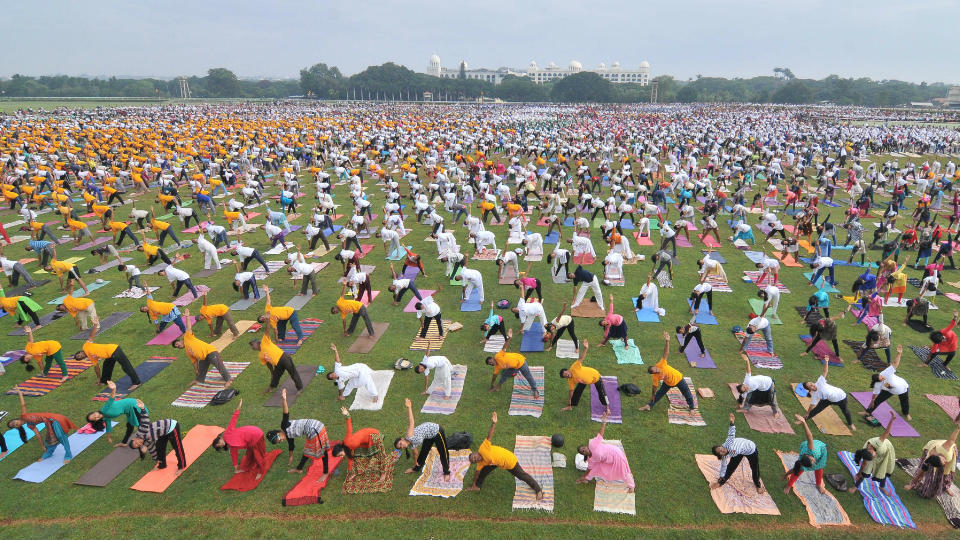 Over 25,000 rehearse for Guinness Yoga Record

Mysuru: The sprawling 139.30-acre Mysore Race Course land below the iconic Chamundi Hill played host to the second rehearsal this morning for the Guinness World Record attempt for ‘yoga performance at a single venue’ on the International Yoga Day on June 21.

Over 25,000 yoga enthusiasts from all over the city, cutting age and gender barriers, performed various asanas at the green environs that had the soothing cool air blowing from the Chamundi Hill. Of the 139.30 acres, over 71 acres were used for yoga performance today. The first rehearsal was held on June 11 in front of Kote Anjaneyaswamy Temple where over 2,500 people participated.

Buoyed by yesterday’s crowd of over 9,000 people for the ‘Chain Yoga’ performance at the Mysore Palace premises, the District Administration had expected over 15,000 people for today’s rehearsal. Authorities were clearly not disappointed when they saw over 25,000 people performing yoga. The organisers are now confident of roping in over 60,000 people on June 21. What adds to the confidence is that till Sunday (today) 12 pm, over 48,517 people had registered online. Plus on June 21, there will be thousands of people who will register on-the-spot at the counters set up at five gates of the Race Course. 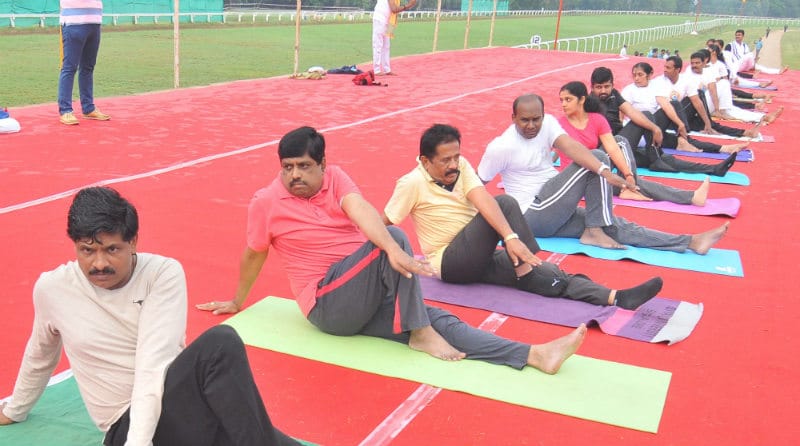 The usually deserted streets of Race Course and surrounding areas in the mornings were teeming with people this morning. Yoga enthusiasts braved the mist and started assembling at the venue as early as 5.30 am. By 6.30 am, all participants had assembled at the venue. The yoga session began at 7.10 am with participants performing exercises on the mats that they had brought and the session ended at 8.05 am.

The District Administration has taken a lead in organising the record-breaking event and Deputy Commissioner D. Randeep has taken personal interest in making it a  grand success.

TRAFFIC JAMS : Areas surrounding the Race Course including Harishchandra Road, Suttur Mutt Road, Race Course Road, M.G. Road and roads leading to Sri Chamarajendra Zoological Gardens and Chamundi Hill were clogged from 6 am to 7 am when people arrived at the venue to perform yoga and from 8.15 am to 9.30 am as participants left  the venue. 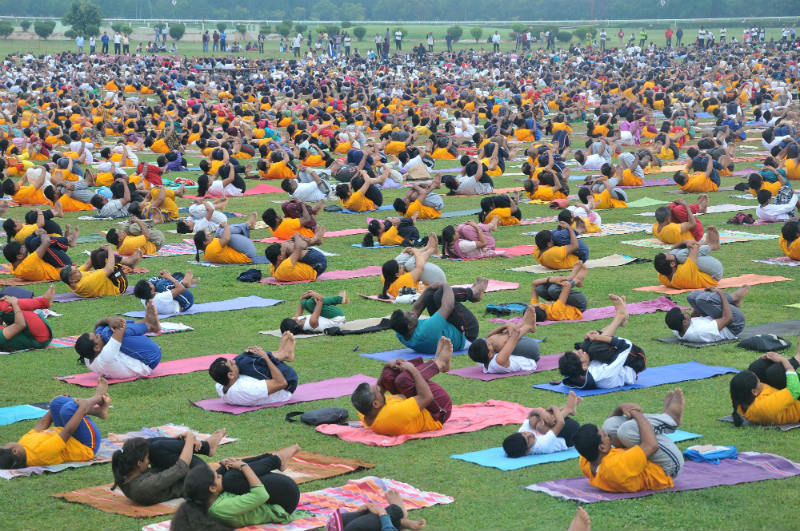 Some participants had parked vehicles along roadsides as there were no designated parking lots and the Traffic Police had a tough time in controlling the vehicles. Several residents in the area complained that they could not take their vehicles out of their compounds as other vehicles were parked in front of their houses.