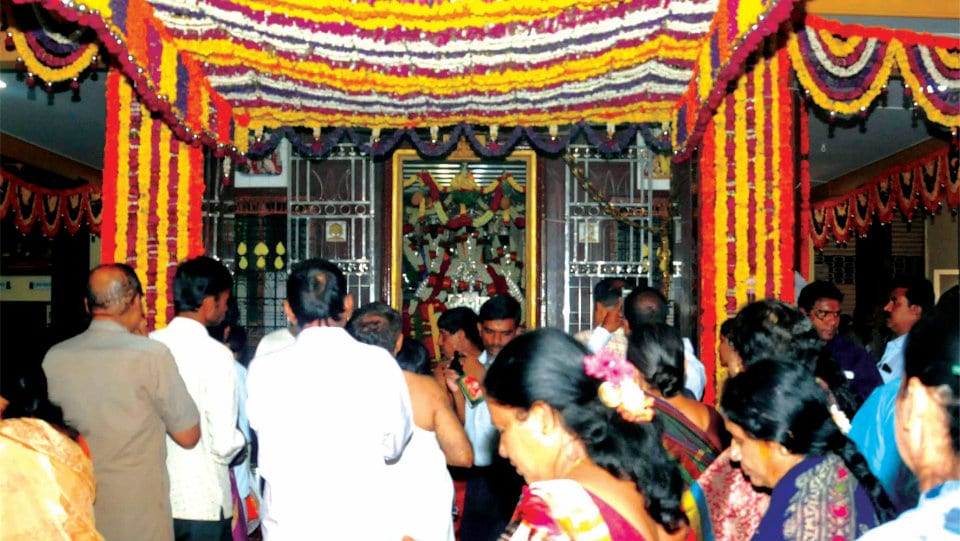 Devotees were seen visiting the Mutts located on Narayana Shastry Road, at Jayalakshmipuram, Krishnamurthypuram, Kuvempunagar,  JP Nagar, Vontikoppal, Raghavendra Nagar and other areas in large numbers to take part in the religious activities.

The Mutts also distributed prasadam to the devotees.

Various cultural programmes have also been organised at the Mutts as part of the Aradhana Mahotsava. The Mutts have been illuminated and a traditional coconut frond pandals have been erected in front of every temple.