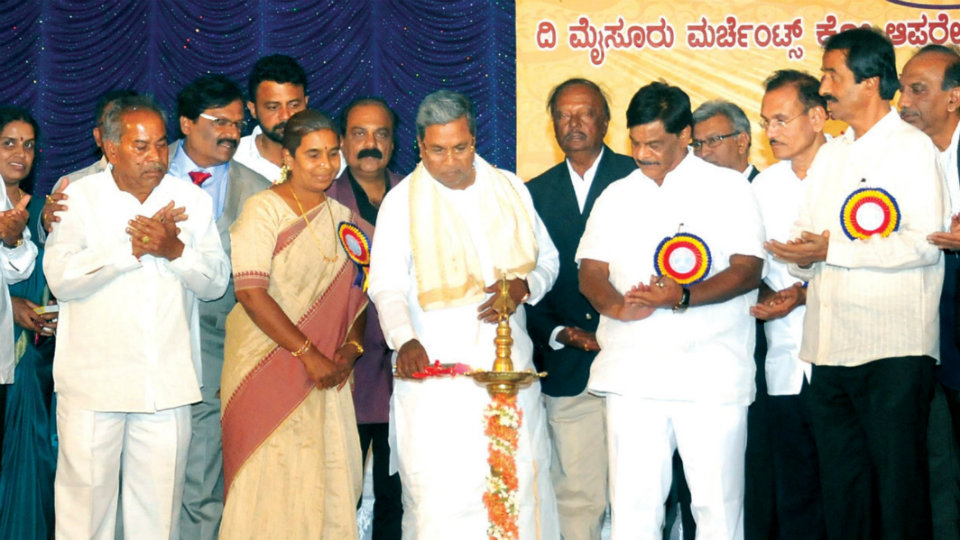 “I had borrowed  Rs.25 lakh from the Merchants’ Co-operative Bank for construction of a house and sold the same for Rs.1 crore to clear the loan and brought two sites in Bengaluru with the remaining  money,” recalled Chief Minister Siddharamaiah here yesterday.

Speaking after inaugurating the 3rd Branch of The Merchants’ Co-operative Bank (MCB) near Kuvempu Circle on Hebbal 1st Stage in city, he said “Though I  was not interested in Cooperative Movement, it was MCB Founder Ekamabara Naidu who made me a member of the Bank.”

A Society started by Ragimandi Chowdaiah, B. Ramanna, Chinnaswamy Mudaliar and others with 131 members with a capital of Rs. 56,000,  now has a share capital of 6.77 crore and 5,567 members to emerge as one of the major Co-operative Banks, he said.