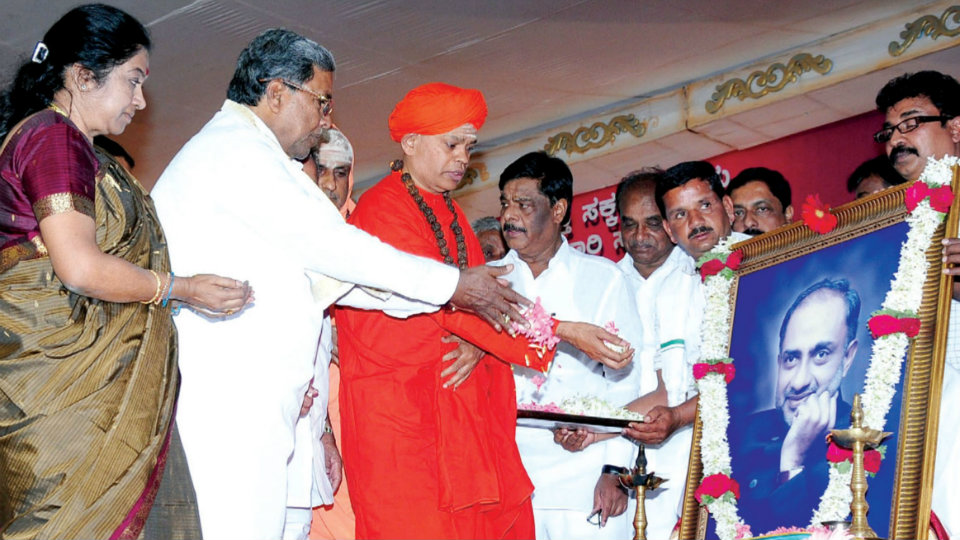 He was speaking at ‘H.S. Mahadevaprasad Mahasmarane’ programme organised in memory of the late Minister at Halahalli in Gundlupet, Chamarajanagar.

Mahadevaprasad was an ideal politician who responded to the problems of the people and also for the development of constituency. He will always be remembered by the people of State especially in Chamarajanagar and Gundlupet, he added.

Siddharamaiah also said that Mahadevaprasad was one among his friends in politics and added that his passing away was a huge loss for the State and Congress party and it was a bigger loss personally. Later, he also released a book titled ‘Sevapatha’ dedicated to Mahadevaprasad.

Speaking on the occasion, Dr. Geeta Mahadevaprasad said that the sudden demise of her husband came as a shock which made her feel lonely but after seeing a huge gathering the sense of loneliness has faded away.

“My only aim now is to follow the footsteps of my late husband under the guidance of Suttur Seer and Chief Minister Siddharamaiah,” she added.

Siddu takes a dig at Yeddyurappa

“Yeddyurappa is the most corrupt politician who has mastered the art of lying,” said Chief Minister Siddharamaiah.

Refuting allegations about him taking a kickback of Rs. 150 crore to approve the steel bridge project in Bengaluru, he said that Yeddyurappa was facing charges in 15 cases and if NDA Government was not in power at the Centre, Yeddyurappa would have been in jail.