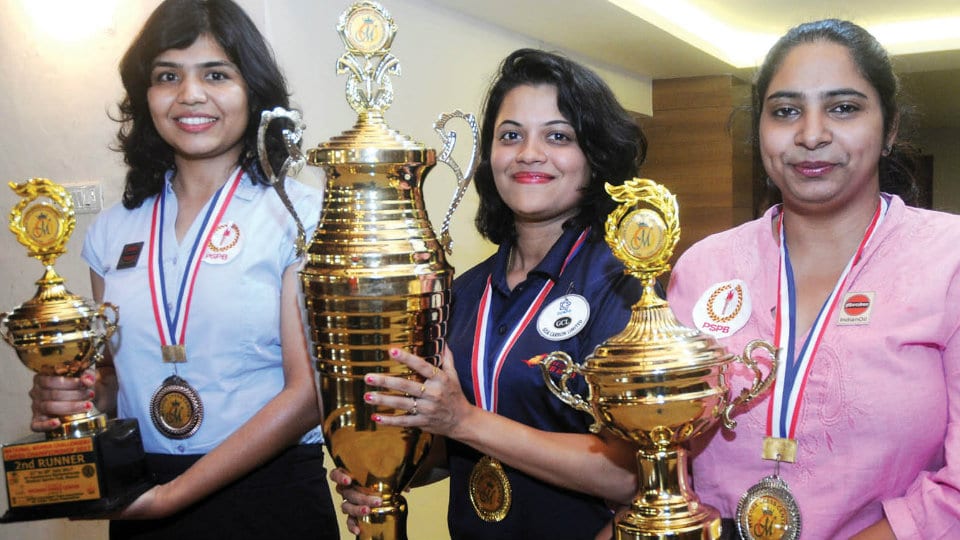 WGM Bhakti Kulkarni was a delighted woman, as she played some excellent chess on the final day, beat Maharashtra’s Srishti Pandey on the top board and with 9.5 points from eleven rounds, clinched the coveted National title, on the concluding day of the 44th National Women’s Challenger Chess Championship-2017, conducted by Mysore Chess Centre at Mysore Sports Club premises here yesterday.

Playing with white pieces on the top board, fifth-seeded WGM Bhakti Kulkarni capitalised on the middle game errors by her rival and beat Maharashtra’s Srishti Pandey (rating 1930) in just 20 moves to win the title and took home a cash prize of Rs. 72,000 along with a trophy.

Second-seeded WGM Mary Ann Gomes (PSPB), playing with white pieces on the second board, registered a well earned win over Tamil Nadu’s P. Bala Kannamma in 39 moves and secured the 1st runner-up spot with 9 points from eleven rounds and took home a cash prize of Rs.52,800, along with a trophy. 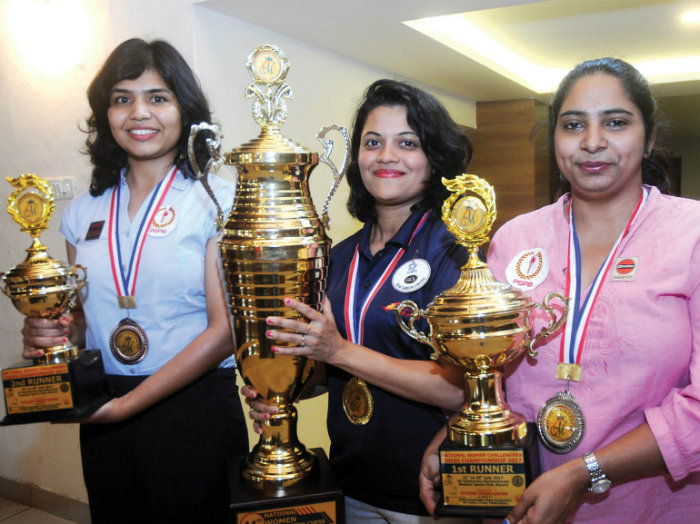 Top-seed WGM Soumya Swaminathan (PSPB), playing with black pieces on the third board outwitted her rival WIM Rucha Pujari (Mah) in 60 moves and with 8.5 points secure 2nd runner-up spot and a cash prize of Rs.38,400 along with the trophy. WIM P.V. Nandhidhaa (AAI) with 8 points finished fourth, while P. Bala Kannamma (TN), WGM Kiran Manisha Mohanty (LIC), WIM Parnali S. Dharia (Mah) and WGM Meenakshi Subbaraman (AI) tied with 7.5 points each and based on their tie-break scores, secured the places from fifth to eighth in the rankings. The top eight players earned selection to the Natl. ‘A’ Championships to be held at Gujarat.

The winners from the 4th to 20th places were given cash prizes and also the top five place winners in the Below 1300, Below 1500 & Below 1800 category were given prizes.