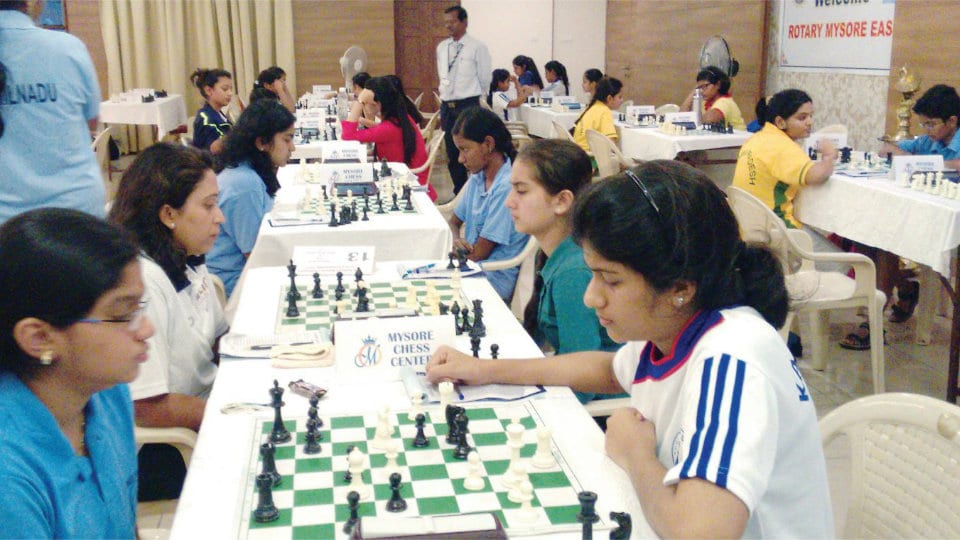 Top-seed Soumya Swaminathan, playing with  black pieces on the top-board, capitalised on the mistake made by WGM Arathie Ramaswamy (AI) in the 20th move of the game and went on to win in 40 moves.

Second-seeded Mary Ann Gomes (PSPB), playing with white pieces on the second board, scored a well-earned win over WFM K. Sai Nirupama (AP) in 48 moves. WFM C. Lakshmi (TN) with a rating 1952, playing with white pieces on the sixth board, held WGM Kiran Manisha Mohanty (LIC) to a creditable draw in 31 moves. WGM Swati Ghate (2.5 points) came back strongly after a drawn game in the second round to register a win against Stuti Bhanot (Har) in 54 moves. WIM Rucha  Pujari was held to a draw by WCM Jyothsna in the fourth board in 45 moves.