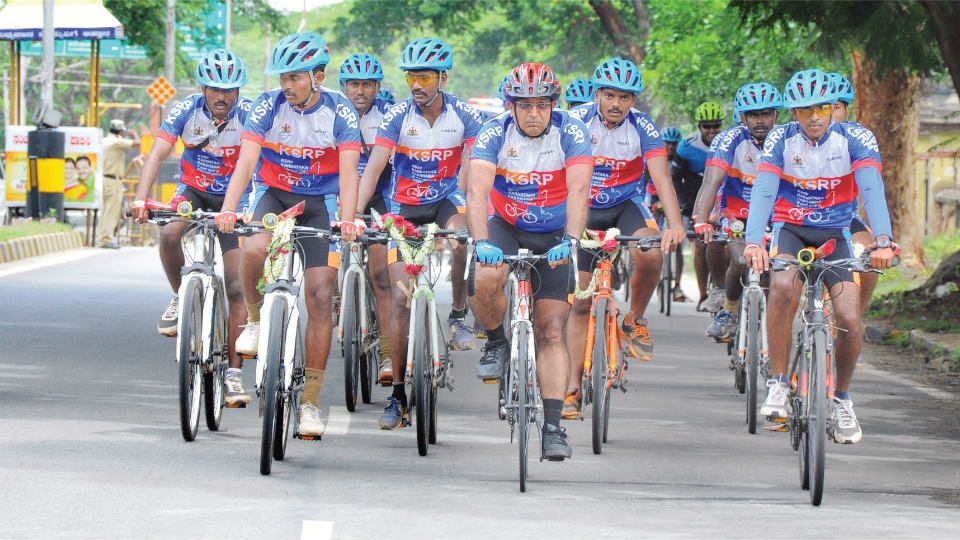 55 KSRP men in city on a cycle jatha

A team of 55 cyclists led by KSRP ADGP Bhaskar Rao arrived in city this morning. The cyclists received a huge round of applause as they arrived at the KSRP Grounds. The team is on a State-wide cycle jatha from Bidar to carry the message of banning plastics, open defecation-free and environment protection. The jatha was also held to boost the sagging morale of KSRP personnel. The team began its journey on July 12 and has so far covered 1,600 kilometres and it arrived in Mysuru via Hassan. Tomorrow, the team will head towards Bengaluru as part of the last leg of the jatha. Before leaving Mysuru, the cyclists will plant 60 saplings in city. The total length of the jatha is 1,750 kms.