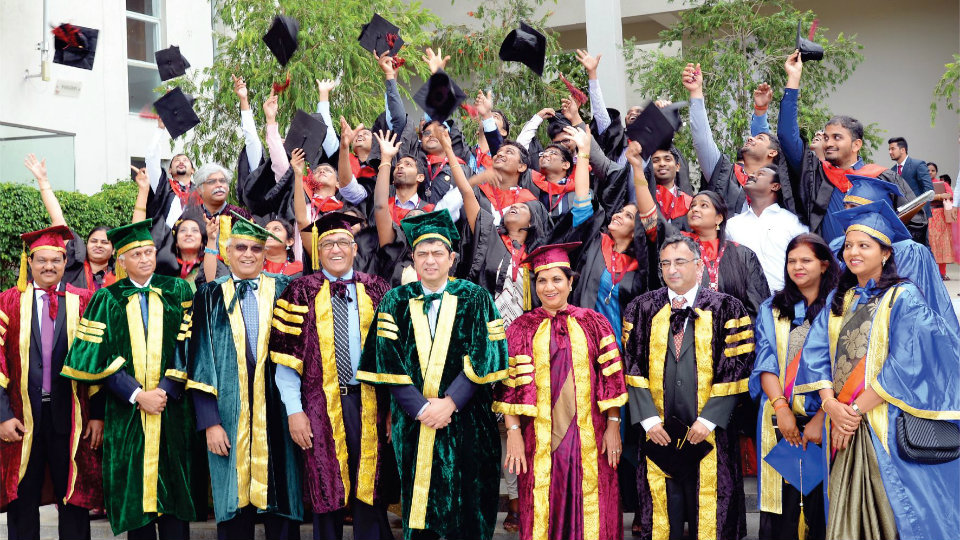 Santosh Desai, MD & CEO- Futurebrands India, was the chief guest. Dr. Ramasastry Ambarish and former Foreign Secretary Ranjan Mathai, members of the Governing Board, MYRA were present. MYRAcles, the graduating students, were presented with their respective PGDM and PGPX qualifications.

Addressing the students, Dr. Ramasastry Ambarish  based on his six-decade-long life and four-decade-old career as an academic, investor and business leader, drew from the past to put the current state of the Indian economy in a proper perspective from the pre-British Raj era to the modern times in a global context.

He said by 2050, India is expected to regain its place as the second largest economy of the world and that would happen during your working lives.

He urged the students to be entrepreneurs as small industries are going to be the ones to drive the economy in the future.

Delivering the graduation address, Santosh Desai stressed upon the mantra of continuous self-learning lifelong to stay competitive. Taking many examples and anecdotes, he extolled the virtues and imperativeness of lifelong learning especially self-learning for the current    generation.

A total of 37 students including 26 Post Graduate Diploma in Management (PGDM) and 11 Post Graduate Programme for Executives (PGPX) graduated, according to a press release from MYRA.