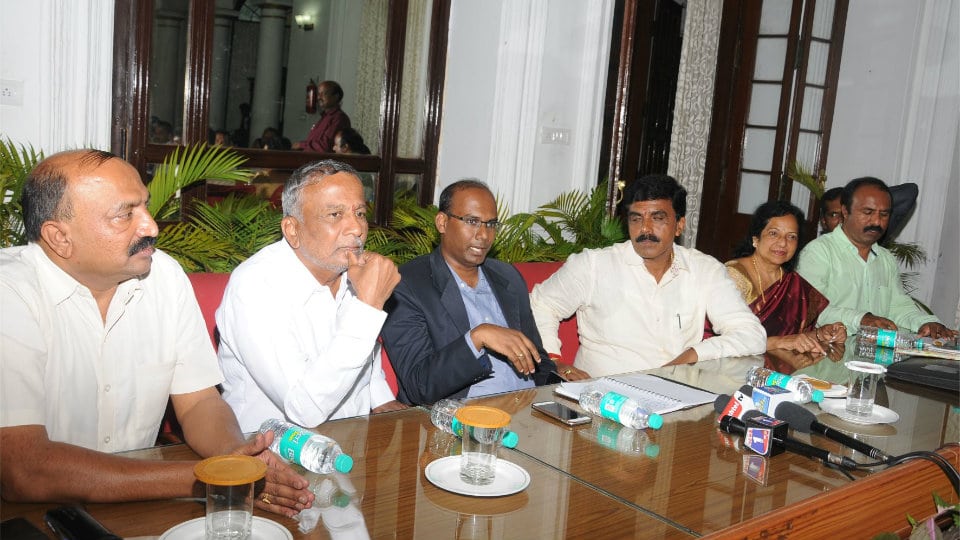 Mysuru: In view of the 83rd Akhila Bharatha Kannada Sahitya Sammelana to be held in city next month, a preliminary meeting was chaired by Deputy Commissioner D. Randeep at  the Government Guest house here yesterday.

Speaking on the occasion, Randeep said that a letter would be sent to the government seeking a grant of Rs. 10 crore for holding the Sammelana at Maharaja’s College Grounds in city from Nov.24 to 26.

He further said that it was earlier estimated that the Sammelana would cost Rs. 5 crore and a requisition for that amount was sent to the government but on reworking on the estimation it was found that Rs. 10 crore was needed. He added that a plea would be put forward to waive tender process owing to shortage of time.

Continuing, Randeep said that to maintain transparency in expenditure, the government grant would be credited to a joint account of himself and District Kannada Sahitya Parishat President and expenses monitored judiciously. He clarified that on the lines of Dasara, an Accounts Monitoring Committee would be constituted to keep a tab on expenditure.

Briefing the meeting, H. Chennappa, Assistant Director, Department of Kannada and Culture, said that the Sammelana was being organised in city after a long gap of 27 years.

He further disclosed that the responsibility of organising the Sammelana effectively has been delegated to 13 Committees, specially constituted for the mega event.

Speaking on the occasion, District Kannada Sahitya Parishat President Dr. Y.D. Rajanna said that they expected about 1.5 lakh people to participate in the Sammelana and about 12,000 representatives may get registered. Dr. Rajanna added that over 500 book stalls would come up at the venue along with a painting expo.