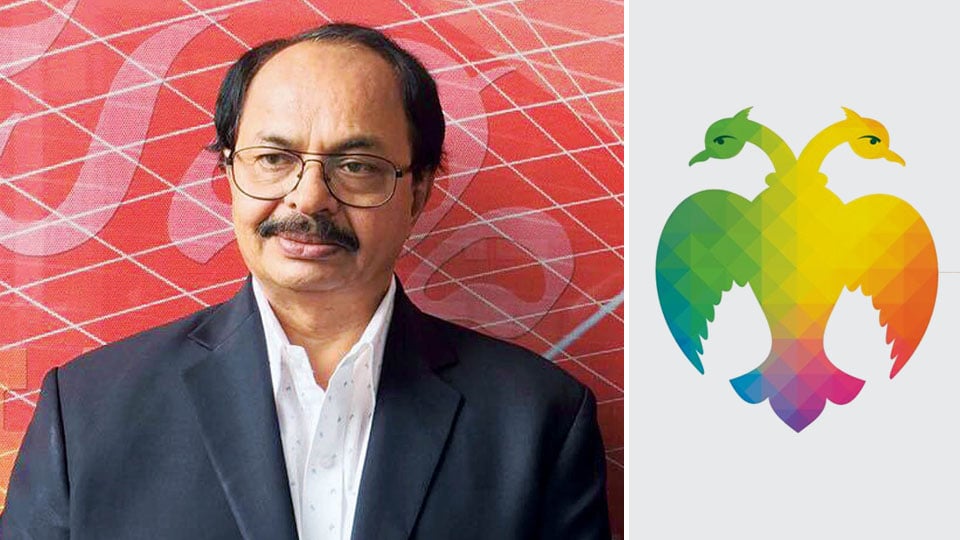 The 11th edition of BIFFes (Bengaluru International Film Festival) will be kickstarted on Feb.21 at The Orion Mall in Rajajinagar, Bengaluru. The week-long festival of movies will be screened on 11 screens till Feb. 28. Ahead of BIFFes-2019, Dr. Veena Bharathi interviewed Namma Preetiya Huduga Nagathihalli Chandrashekar, the present Chairman of Karnataka Chalanachitra Academy, for Star of Mysore. Excerpts…

Star of Mysore (SOM): What according to you is the highlight of BIFFes – 2019?

Nagathihalli Chandrashekar (NC): We have selected films of exceptional quality, included movies which had won Oscar nominations and films which have won regional, national and international acclaim. We have selected movies from a small country like Poland, which has been making a lot of intellectual, exceptional films. The highlight of BIFFes is the thought-provoking contents of films, rather than their technological excellence.

SOM:     Where do you feel Indian Cinemas stand apart and also what do our movie Directors and Producers need to learn from movies made from other countries?

NC: We, Indian movie-makers are narrative or story-telling in nature.  Right from the art of Yakshagana, we have been oriented about story – narrating in an artistic, in-depth way.  But yet, some of the Directors in India do not know the proper differences between a documentary film or a biopic and an artistic or a commercial film.  When compared to the movies made in other countries, content-wise, tradition-wise, we are very strong.  Movies from foreign countries reflect cinematic excellence, because of their imbibed combination of well-researched theme, with technologically advanced presentation.  Anyway, all of us in the movie-making field have to learn from each other’s strong points.

SOM:     Despite in 11th year of its glory, why BIFFes has not been accorded International accreditation?

SOM: What according to you are the steps to be taken by Chalanachitra Academy and the Government of Karnataka to make BIFFes more world class?

NC: The government has already given two-and-a-half acres of land in Nandini Layout, from which our office has been functioning, for the last 3 months, working towards hosting the BIFFes.  I feel, in the same land, the government can build a multiplex and lease it out (except for the duration for conducting BIFFes).  Thus, a source of revenue can also be obtained for conducting the festival, along with a permanent infrastructure to screen the movies.  The Information Department has already been sponsoring awards for the movies, which win in the film festival. To make BIFFes world class, we should have the mindset tuned to “country focus with a global outlook.”

SOM: What are the themes , under which films are exhibited?

NC: We have chosen the theme “Nature’s fury” in view of the floods that ravaged Madikeri and Kerala. Hence, films and documentaries depicting man-made disasters will be shown. Nearly 250 movies selected from over 60 countries will be screened under specific sections such as Cinema of the world, Asian cinema, Curated documentary, Special theme-based films.  Since it is the 150th birth anniversary of Mahatma Gandhi, we have included the best of Indian and world cinema on Gandhi, including the Kannada movie, ‘Koormaavataara’ directed by Girish Kasaravalli.  There is also an exclusive session dedicated to women-centric films.  Movies are screened and discussed under Mysuru-born, Veteran Cinematographer V.K. Murthy (of Kagaz ke phool, Pyaasa-fame) Foundation category. BIFFes-2019 will be marking the birth centenary of Swedish Film-maker Ingmar Bergman through a special retrospective. Retrospectives of Director Mrinal Sen and Actor Ambarish will also be held.

SOM: Which are the other film-related activities at The Orion Mall during the week-long BIFFes?

NC: There are going to be sessions covering all the aspects of film-making. An entire auditorium is reserved exclusively for students of Film Institutes, who can interact on subjects like acting, directing, co-producing a movie to virtual reality and digital marketing. Students  get the golden opportunity of interacting with some Australian film industry veterans also. Master classes on script writing, cinematography, choreography and sound engineering will also be conducted.

After I assumed the Chairmanship of Karnataka Chalanachitra Academy, my team has already conducted three National Film Festivals over the last 6 months in Mysuru, Belagavi and Mangaluru.  Lesser known languages’ films such as that of  Byari language were also screened.

Even in BIFFes under the category of “Incredible India,” movies of unsung Indian languages are going to be screened.

Nagathihalli Chandrashekar appeared for MA Kannada exam at Manasagangothri, University of Mysore in 1985, just over a week after getting operated for an acute appendicitis. He held his still aching abdomen in his left hand and wrote all the papers and got all the 10 Gold Medals meant for the highest scorer in Kannada PG degree that academic year ! That’s the grit and determination which the young man in his mid-twenties, the rural boy, ‘Namma Preetiya Huduga’ Nagathihalli Chandrashekhar, showed during a very crucial ‘do or die’ juncture of his life, more than three decades ago.

About seven months back, Chandrashekhar  (Chandru) took over as the Chairman of Karnataka Chalanachitra Academy. Says the writer, former Professor of Kannada and Director of several award-winning Kannada movies, “Soon after my SSLC, though my father had actually wanted me to become a Primary School Teacher just like him, he asked me to pursue Science subjects if at all I intended to do PUC. But when I failed in PUC, he said he could not afford to educate me beyond.”

Until he passed the PUC exam, Chandru took to acting on stage in Nagathihalli along with a few of his friends.  As an 18-year-old boy, Chandru, at that time, also used to collect two coconuts each from the farmers (and their would-be-sons-in-law!) and auction the coconuts and invest the money thus earned, for buying the street lights, since the village Nagathihalli was devoid of street lamps.

After finishing PUC in his second attempt, his ambition to become somebody in life, overpowered the hardships and the financial constraints that he was facing. “As a 10-year-old boy, I used to often stand at the National Highway-48, leaving my village Nagathihalli. NH-48, somehow seemed to me the road to my future, to realise my dreams,” says Chandru. Hence, he travelled to Mysore, joined as a Casual Labourer in Mysore Dairy after bidding ‘adieu’ to the Science subjects. Chandru completed his BA degree from Maharaja’s College, attending the evening classes. During his BA studies, Chandrashekhar went on an introspective mode and as if to mitigate the intensity of his identity crisis, his creativity gave birth to ‘Haddugalu’ (1982) a collection of Kannada short stories. (His very first Kannada short story had appeared in ‘Samyukta Karnataka’ Kannada daily, when he was 12 years of age).

During his MA-Kannada PG  studies, Chandru again had to face the hardship of working night times at the Mysore Dairy and cycling for about 6 kms to Manasagangothri, for the Day – College at t‘The University Campus.’  He says, right from his teenage, he had shown an inclination to ‘Rangabhoomi’ and ‘Rangachaluvali.’

After becoming a Kannada lecturer in Bangalore at BES College, three decades back, Chandrashekhar stepped into the Kannada film world as a screenplay and dialogue writer for Suresh Heblikar directed ‘Kaadina Benki’. The song for the movie penned by Chandru “Rutumaana samputade hosa kaavya baredavale…” won him the best lyricist National Award. The movies directed by him from early 1990s, spread across a quarter century (Baa nalle Madhu Chandrake, Nanna Preetiya Hudugi, America-America etc.) became super-hits.

As the Chairman of Chalanachitra Academy, during his tenure of three years, Nagathihalli wants to host Film Festivals in different parts of Karnataka. “I also intend to develop Regional Film Societies in Mysuru, Dharwad, Karwar and Shivamogga. Through the Academy, I want to conduct workshops to motivate young directors and producers, script writers on the theme of retaining excellence in film-making,” says Chandru.