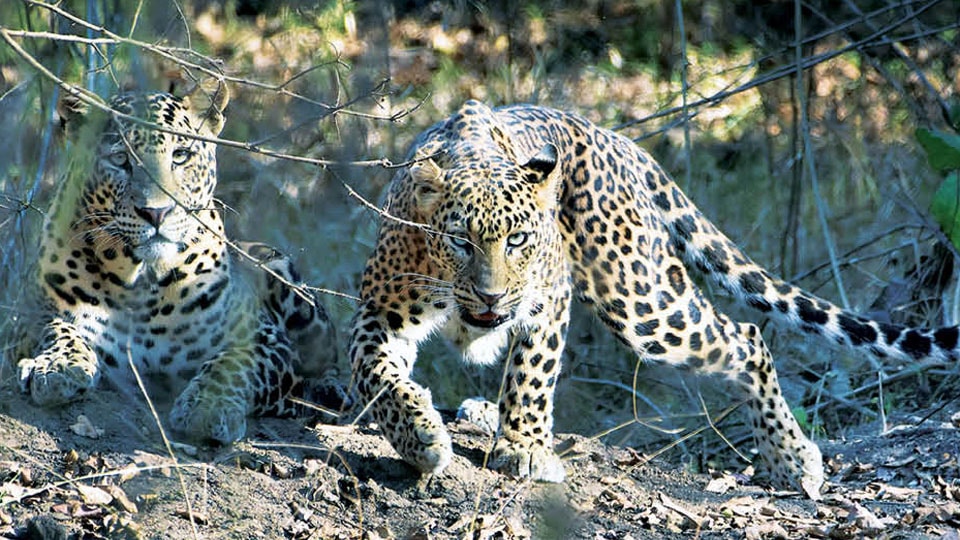 A surprise moment at Dammanakatte

Mysuru/Mysore: The areas around Kabini, Dammanakatte (Kakanakote) is known for leopards where visitors have often spotted single, mating couple, cubs, even a hunt sequence too.

Many visitors come here to see leopards in its natural habitat and the area is therefore called the Land of Leopards or the Leopard Capital. Last evening, safari goers in one lucky vehicle inside the Dammanakatte had a chance to see the mating ritual of leopards amidst trees and dry foliage.

The act started with the male leopard crouching in mud and the female slowly approaching him, rubbing her body against his. Though the ritual lasted a few minutes with both the male and the female felines at times staring and growling at the visitors’ vehicle for possible disturbance during their intimate moment, it was a worth moment of surprise and the ritual was captured live in cameras. Seconds later, the felines moved inside the forest.