Home » Feature Articles » A TRIBUTE: Dr. N.M. Srinivas and his passion for tennis 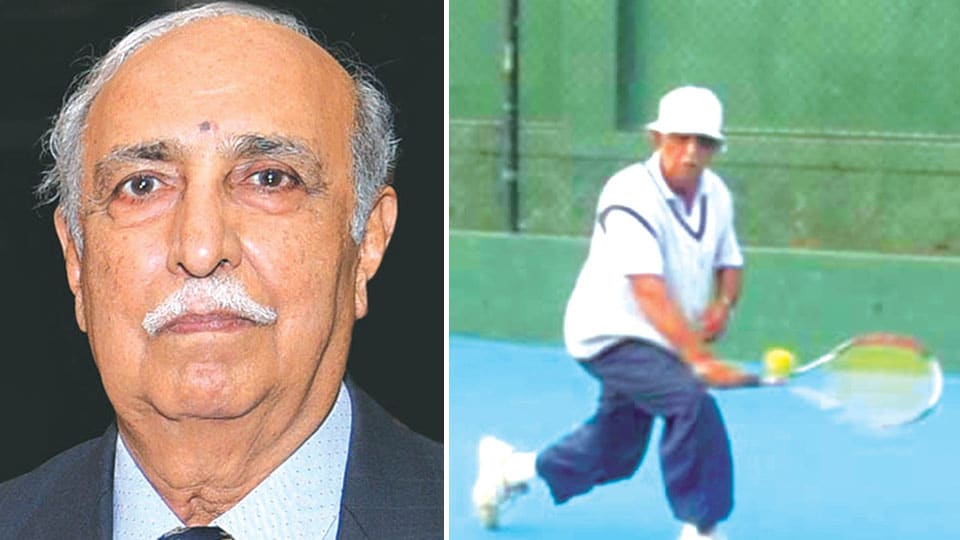 A TRIBUTE: Dr. N.M. Srinivas and his passion for tennis

Dr. N.M. Srinivas, a very senior doctor and a Radiologist of our city, breathed his last in Mysuru on 13th September. Nandipura Mallegowda Srinivas was born to a wealthy coffee planter Mallegowda and Seethamma in 1938 at Mudigere in Chikmagalur District.

His father had a large family of five sons and three daughters. He had his early education at his birthplace, came to Mysuru for his College education and stayed at Sri Ramakrishna Ashram.

He was my contemporary in Mysore Medical College (MMC). After his graduation in Mysuru, he had his Post- Graduation in Radiology at Hubballi. He spent a few years working in Bristol, England. Later he started his practice as a Radiologist in city and closed his practice only a few years back due to health reasons.

He was a sportsman from his younger days. His passion was tennis. He was Mysore State Tennis Champion and had represented the State all over the country and abroad. Coaching tennis talent was his hobby, and some of his students have gone on to become champion players, bringing credit to our city.

Dr. Srinivas was the President of Mysore Tennis Club (MTC) for a number of years and is mainly responsible for the large number of state-of-the-art Tennis Courts, which have nurtured the tennis talent of this city. He used to play tennis upto his late seventies.

A very charming lady and the Professor of Pathology at the Mysore Medical College,  Dr Vijaya Srinivas was his wife. Unfortunately, she died in an accident about twenty years back. His only child Chaitanya Srinivas graduated in the USA and now works in a very senior position in a multinational company in Bengaluru. Tennis runs in his family. His son Chaitanya was a tennis champion and his two granddaughters are also avid tennis enthusiasts.

Though a wealthy person owning coffee estates in Mudigere and Sakleshpur, Dr. N.M. Srinivas was a simple, humble and unpretentious person. In his death, I have lost a personal friend and a mentor, and Mysuru has lost an eminent doctor and sports person.

May his soul rest in peace.