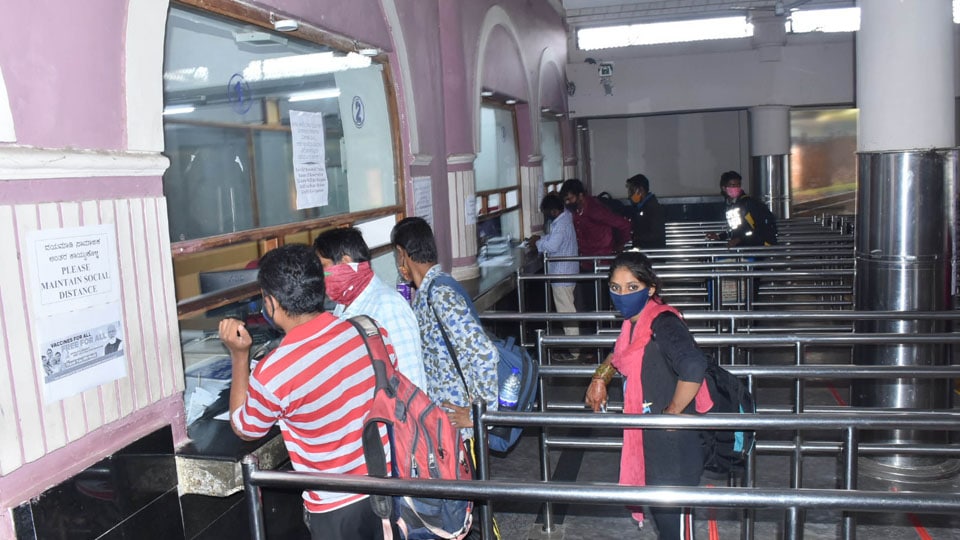 New Delhi: In an attempt to fend off touts and illegal ticket booking agents who use software to make bulk or block reservations, Indian Railways is working to make passport and Aadhaar card details mandatory at the time of online booking through the Indian Railway Catering Tourism Corporation (IRCTC) website.

Instead of simply logging in with a username and password, either of these Government documents which are valid identity documents will be compulsory before a person logs into the website. Currently, the linking of Aadhaar and PAN to the IRCTC account is optional.

The touts usually use software that expedites the booking of rail tickets. Sources say such software, at times, can book 10-15 tickets in a minute, while for a regular user, this process takes much longer. The tickets, grabbed in bulk by touts, by giving false names of passengers are then sold at premium rates.

Officials from the Delhi headquarters for Centre for Railway Information Systems (CRIS) are rectifying loopholes in the IRCTC website. Other suggestions that have been made by Railway officials and have been sent to the Railway Board include verification of the user ID through mobile number. This will then be verified by mobile companies. Inspection of the IP address while buying tickets was another suggestion.

“Study on allowing booking of only two tickets on one IP address is also being done. This would help in preventing touts who book multiple tickets at the same time. However, companies wishing to book more than two tickets for their staff will have to register with either IRCTC or CRIS,” said a CRIS official.

According to a Railway official, the tout had sold the illegal software to nearly 5,000 agents across India. “The accused has knowledge about the working of IRCTC website as he had been operating his business for six years,” said a Railway official.