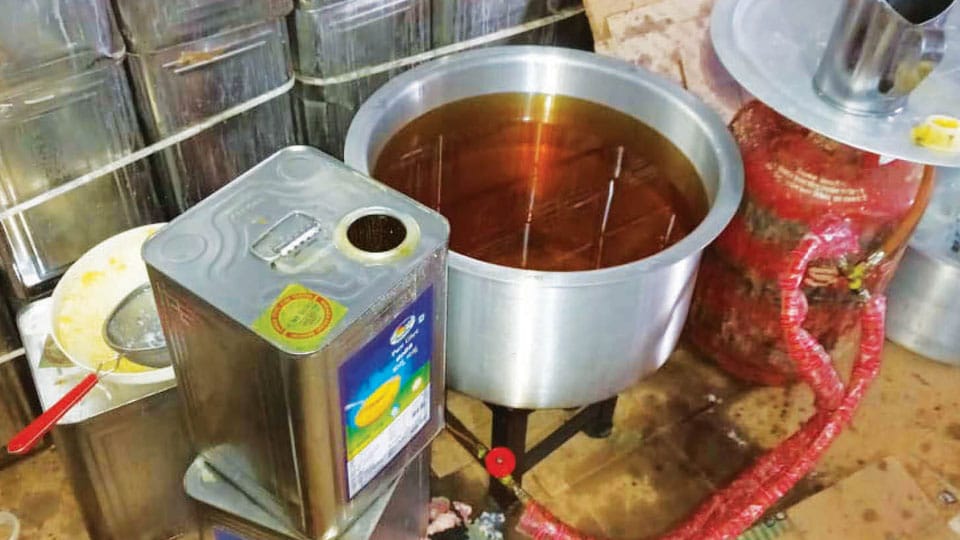 Mysore/Mysuru: The city’s Third Additional District and Sessions Court has granted anticipatory bail to one of the three accused, who have gone absconding in the fake Nandini Ghee manufacturing racket which was busted in the outskirts of the city last month.

S. Shivakumar of city is the one who has been granted anticipatory bail by Third Additional District and Sessions Court Judge Jerald Rudolph Mendonca on Tuesday, according to Shivakumar’s advocate B.S. Sawanth.

Advocate Sawanth said that the Police had named Shivakumar in the FIR as they had information that he had helped prime accused Murugesh, in manufacturing duplicate ghee at Vijayanagar in Mysuru many years back. The Police have mentioned in their investigation report that no such activity was going on there at present and the manufacturing unit is also closed. “As it came to be known that Shivakumar was not involved in the fake Nandini Ghee manufacturing racket, I had appealed the Judge to grant anticipatory bail to Shivakumar and in this backdrop the Judge granted anticipatory bail,” the advocate added.

Mysuru South Rural Police, who are investigating the case, have launched a hunt to nab the absconding duo.