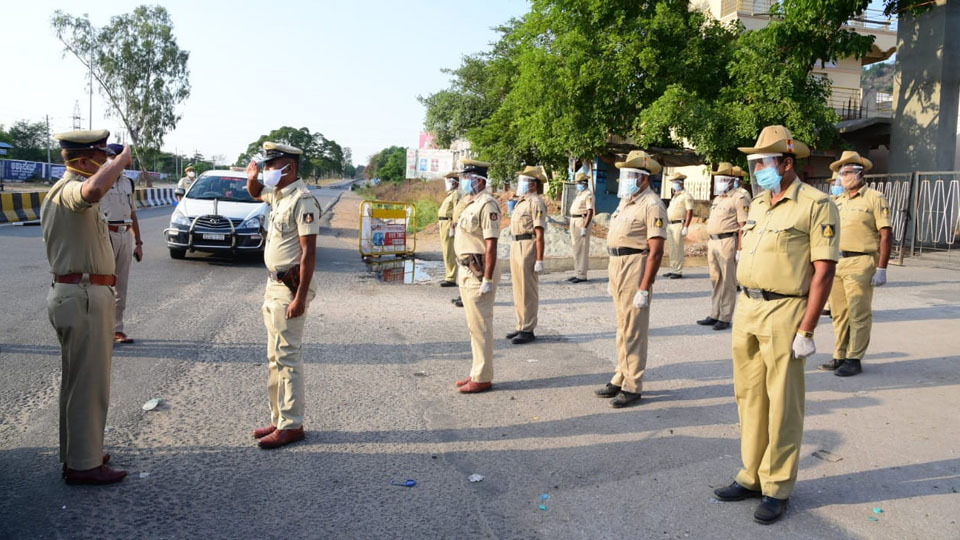 Yesterday, the ADGP inspected Bandipalya APMC Yard where KSRP personnel are deployed. He briefed the Police officials about the steps to be taken to tighten bandobust and took stock of the facilities provided to them.

Alok Kumar also briefed the KSRP personnel about the safety measures to be taken by them to avoid contracting the virus and instilled confidence among them in their fight against the pandemic.

After inspecting Bandipalya, the ADGP left for Nanjangud, where two KSRP platoons are deployed and reviewed the bandobust.