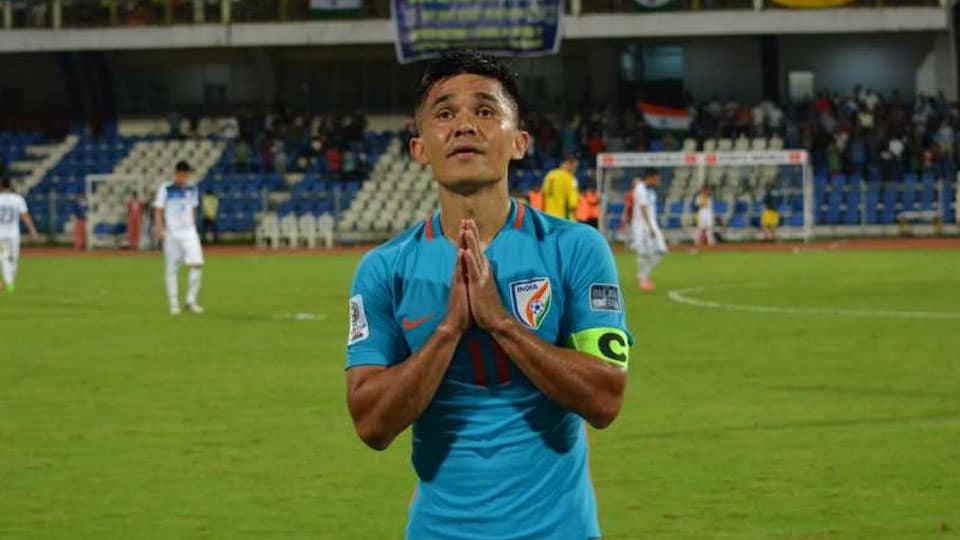 Sharjah: A heartbreaking loss after a stunning win denting their confidence, India will still be fired up by the prospect of a maiden knock-out round berth when they take on Bahrain in their final Asian Cup group league match here tonight (9.30 pm IST).

A draw against the West Asian side, currently ranked 113, will be enough for India (ranked 97) to qualify for the round of 16 for the first time in the continent’s showpiece event after failed attempts in 1984 and 2011.

Monday’s match at the Sharjah Stadium, which may turn out to be the biggest night of Indian football after its achievements during the Golden Years (1951 to 64), is also significant as talismanic skipper Sunil Chhetri will equal former captain Bhaichung Bhutia’s record of highest appearances for the country at 107 each.

India had finished runners-up in the 1964 edition in Israel but that tournament was played in a round-robin format comprising four countries with the winners being decided on the basis of points collected in the league. There was not a single knock-out match in that edition.

But even a defeat on Monday may still see India (3 points from 2 matches) through to the knock-out rounds as one of the four third-placed teams if hosts United Arab Emirates (4 from 2 matches) beat Thailand (3 from 2 matches) in Al Ain in the other Group A match to be played simultaneously.

Four third-placed sides from the six groups of four team each will also advance to the knock-out rounds, along with the top two countries.

Under the competition rules of the Asian Cup, if two teams end their group stage engagements on equal points, the ranking will be decided first on the basis of head result.