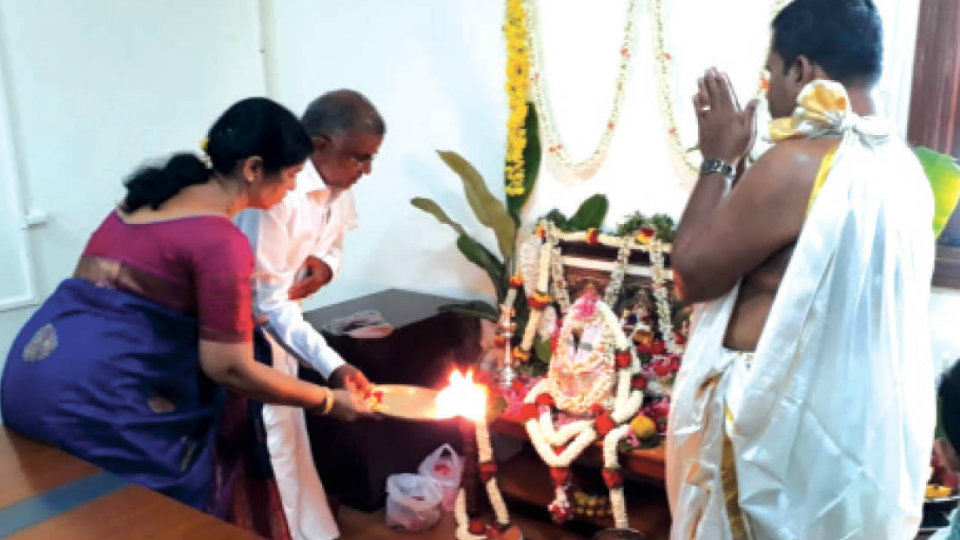 Bengaluru:  Promising to bring in reforms in the Higher Education sector in the State, Minister for Higher Education G.T Devegowda (GTD), who assumed office here today, said that he has plans to take higher education to rural areas.

Speaking to press persons after assuming charge as the Higher Education Minister at Vidhana Soudha, GTD admitted that it was true that he had sought a portfolio  that is directly associated with the masses.

Pointing out that the JD(S) had sought key portfolios such as Revenue and Irrigation, Devegowda said that the options before Chief Minister Kumaraswamy became limited after the Congress got the two important portfolios.

Stating that Kumaraswamy and JD(S) Supremo H.D. Deve Gowda had convinced him on assuming charge of Higher Education portfolio, GTD said that he will perform to the expectations of the CM.

Referring to reports on former University of Mysore (UoM) and KSOU Vice-Chancellor Prof K.S. Rangappa being appointed as Adviser to the Higher Education Department, he categorically said neither CM H.D. Kumaraswamy has asked him to appoint Prof. Rangappa as Adviser nor had Prof. Rangappa appealed him (GTD) to do so.

He will hold meeting with the Department officials soon to chalk out plans aimed at taking higher education to more number of people, he added.

Although he was allotted the Higher Education portfolio nearly a fortnight ago after being inducted into the JD(S)-Congress coalition Government on June 6, GTD had not assumed office all these days,  as he was reportedly not happy with the portfolio in the backdrop of his low education.

GTD was said to be eyeing one among the key portfolios such as PWD, Transport, Co-operation and Irrigation in order to be very much among the people most of the times. But Kumaraswamy and H.D. Deve Gowda, who summoned GTD to Bengaluru, convinced him to take over the portfolio he was allotted as it was a coalition Government .

Earlier in the morning, GTD performed puja along with his family members at Room No. 342, in Vidhana Soudha, from where he will function as the Minister.