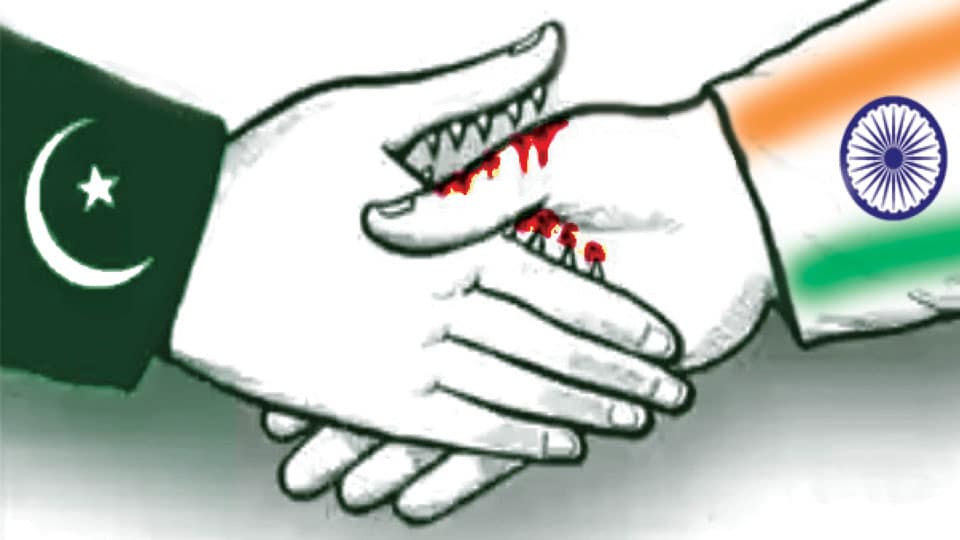 Wing Commander Abhinandan Varthaman is back on Indian soil and some say with his return a war has been averted. But we doubt if there would have been a war at all. Because apart from loss of lives, war also causes economic devastation and India today is a “financial asset” that super powers would like to keep safe.

The five-members of the United Nations Security Council — USA, Russia, China, France, UK — who are the most weaponised, have heavily invested in India.

The Americans have numerous companies in India — from Cisco to Coca Cola, from Pfizer to Pizza Hut. In fact out of the top 20 IT companies operating in India, 9 are from the US.

Then we have to remember India is China’s 7th biggest export market. India is France’s 15th biggest trade partner and UK’s 20th. Russian investments in India has already surpassed its target of $30 billion and is expected to touch $50 billion by 2025 as the government is planning a ‘tax-free’ zone for Russian investment.

Interestingly, an Islamic nation, UAE, is set to invest over $75 billion in India after BJP, a party perceived to be “Anti-Islam” came to power ! No wonder, the 57-Member Organisation of Islamic Co-operation  (OIC) invited India as the ‘guest of honour’ for its 50th year conference held in Abu Dhabi yesterday and ignored Pakistan’s objection.

Yes, today world is about economics. If you are a viable nation you become a relevant nation. India’s annual GDP is $2597.5 billion while Pakistan’s GDP stands at just $305 billion. In fact, Pakistan’s GDP is less than India’s one State, Maharashtra, which has a GDP of $425 billion! So Pakistan does not have many interests that superpowers need to protect.

But many pundits warn that when someone has noting left to lose, it is more dangerous. So Pakistan may wage a war. Again the Pakistan upper class consisting of Army Generals and Politicians who have made so much money renting out Pakistan as “operating base” wouldn’t want to lose their life before they can enjoy their ill-gotten wealth.

READ ALSO  ‘Modi is the first PM from Backward classes’

But Pulwama attack and the retaliation from India has made the world look up and has resulted in Pakistan’s isolation in the international world.

Now, many hailed Wing Commander’s repatriation as Pakistan’s grand gesture of peace; it would be prudent to remember that the return of Wing Commander Abhinandan was an inevitability.

As expected there is talk of cricket matches and cultural bhaigiri. One “intellectual” even said, “This tit for tat is not the Indian way”!

The hypocrisy of Indian “intellectuals” can be very frustrating. Lyricist Javed Akhtar and even Lata Mangeshkar were denied visa to Pakistan. But we didn’t hear Pakistani artistes, intellectuals and liberals protesting against their government for denying visa to Indian artistes?

Oh! Yes Pakistan did give visa to an Indian artist, an escape artist with exceptional talent in bomb-blasting — Dawood Ibrahim. And did we hear their Pakistani liberals scream, “send him back to India to stand trial”? Not even a peep there.

Relationships are built on give and take, but when one side only takes joy and wealth and returns only bullets and blood… that relationship has to end… even culturally.

Politics of it all

Will BJP use this for politics? Yes, of course, it will. Didn’t Yeddyurappa say that it will win them more seats? Other parties would have done the same. That’s politics.

There is no doubt this is Prime Minister Modi’s 9/11 moment. In 2001, George W. Bush was the most unpopular President in the history of the United States. He was not expected to win his re-election and then 9/11 happened.

One month later, America began ‘Operation Enduring Freedom’ in Afghanistan.  Three years later in 2004, he was a popular President perceived as being a strong leader and protector. And the fact that there was no more terror attacks in the US propelled him to Presidency.

Similarly, under Pm Modi each time there has been a terror attack there has been retaliation. Whether the Indian voter cares more about terror attacks or jobs, only time will tell but for the time being Modi is perceived as being a strong leader and that could help in the Hindi heartland.

But, by far the worse statement came from our CM H.D. Kumaraswamy. He said, “The Centre is claiming to have killed Pakistani terrorists by conducting air- strikes. But, by distributing sweets on the streets and unfurling the victory flag here, an atmosphere of animosity is being created between two communities.”

What an insult to Muslims. Is the CM trying to say Indian Muslims love Pakistan and not India? Is he saying Muslims are not patriots?

May be, the CM does not know one of the jawans, who lost his life in the Pakistani-sponsored terror attack in Pulwama, was a Muslim named Naseer Ahmad of CRPF’s 76th battalion.

We assure CM Kumaraswamy that Naseer’s 8-year-old daughter Falak and 6-year-old son Kashif will not be sad that Indian Air Force destroyed the terrorist training camp in Pakistan that killed their father.

The CM should know Naseer’s elder brother Siraj-ud-Din, asked  “for how long will soldiers continue to be killed by terrorists. Every time they die, the country will just mourn and the government will simply come out with strong condemnations.” At least now after the air-strike, he will feel his government will not meekly stop at lip-service.

That said our troublesome neighbour now knows that every attack will have a reply.  Also the separatists in the Valley will think hard, and stone-pelters will think twice before bending down to pick up a stone, because now we live in an India that does not bend backward to accommodate peace talks, but steps forward to strike right back.