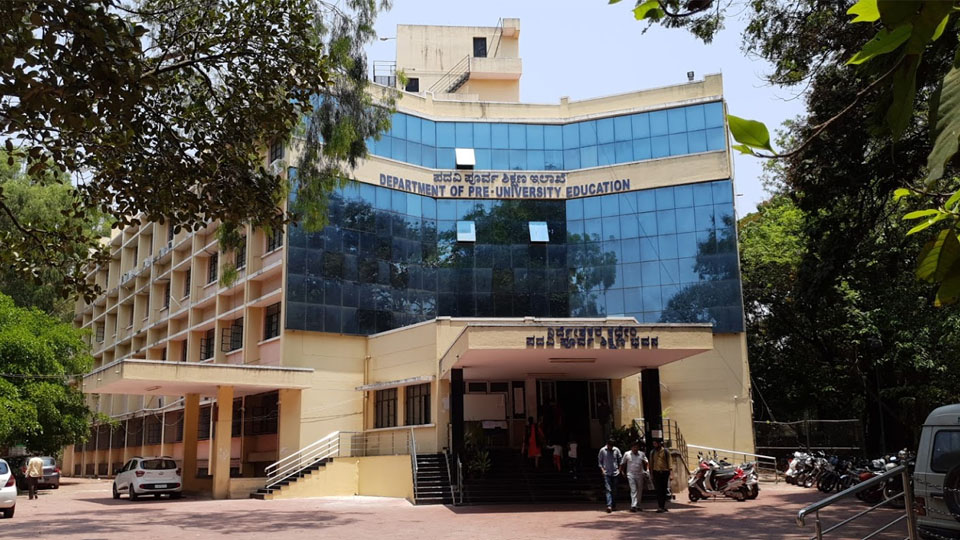 Mysore:  All the 28 applications for new private unaided Pre-University Colleges from Mysuru have been rejected by the Department of Pre-University Education (DPUE) as they do not meet the criteria. Across the State, of the 407 College managements that applied this year, only 29 have been given permission to open for the 2019-20 academic year.

Twenty-eight College managements and private institutions had applied for permission from the DPUE to start Pre-University courses and the applications were sent through the Mysuru DDPUE. Scrutinising the applications, the Department discovered that there was a severe shortage of facilities at the proposed institutions.

The Department found that there was shortage of land and infrastructure and all the institutions did not follow the dimensions prescribed by the Government, as such their applications were rejected, Mysuru DDPUE Rathna told Star of Mysore.

Renewed focus and unmatched thrust on PU education in recent times have resulted in the increasing demand for opening PU Colleges across the State, especially in the private sector. As more and more career avenues open up based on the PU performance, the demand for PU colleges has shot up by a whopping 83.88% among the private unaided Colleges while the same is a mere 3.36% among Government Colleges.

The sudden rush and demand for colleges have caught the attention of academic and education experts who have expressed concern over mushrooming of Colleges as it results in unhealthy competition. In Mysuru, there are 75 Government PU Colleges, 40 aided and 105 unaided institutions that offer PU courses. Department sources said that there were not many takers for Government Colleges as they lack facilities like laboratories, equipment and teaching staff. On the other hand, private institutions have seen an increased demand. As per norms, apart from sufficient land, institutions must provide qualified teaching staff, well-equipped libraries and laboratories, drinking water and clean toilets.

In addition, Colleges also need to obtain safety certificates from the authorities. Last year, the State Government had ordered a probe into the sanction of PU Colleges as there were allegations that new institutes were being given permission even as they violated rules laid down by the Department.