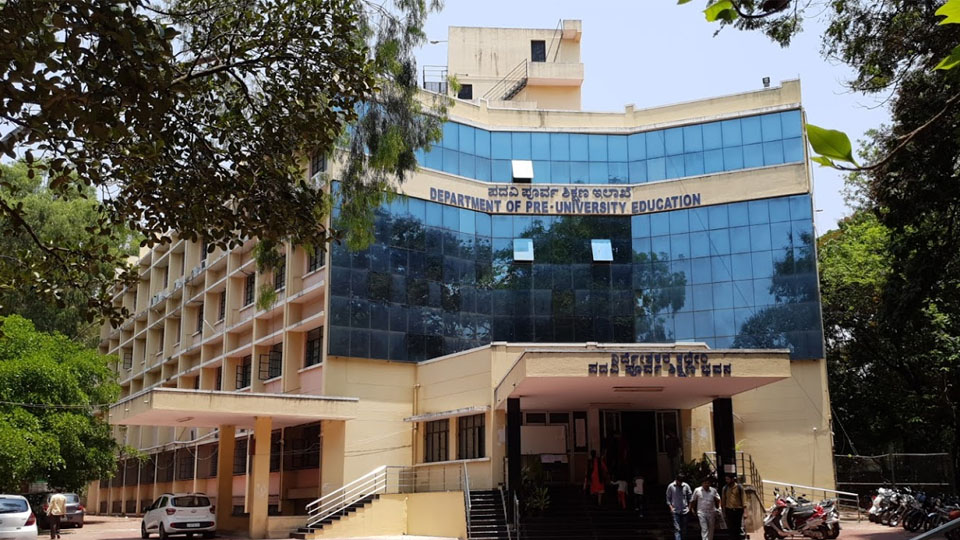 Mysuru:  Even though they do not have Government permission, some private educational establishments in the city and across the district are reportedly admitting students to PU course unauthorisedly.

A total of 28 Educational Institutions in the city and district had applied to the Department of Pre-University Education (DPUE) this year seeking permission for starting PU Courses (2019-20). But the DPUE rejected all of them for inadequate infrastructure, not meeting the required standards set by the Department.

However, some of the Educational Institutions, whose applications were rejected by the DPUE, have admitted students for first year PUC, with the hope that they would some how get Government sanction through political influence or using their clout within the Government.

While few colleges have started classes by admitting 30 to 40 students, some others have admitted 50-60 students after collecting fees from them.

Following the news item titled ‘All 28 applications for new PU Colleges from Mysuru rejected by DPUE’ published in Star of Mysore dated June 22, the students and their parents have become anxious about their future.

With the heads of such Educational Institutions busy in getting permission at the Government level, the parents of the students are making efforts to get admission to their wards at other recognised PU Colleges.

Mysuru DDPUE Rathna, upon coming to know of unauthorised admissions, was getting prepared to issue notices to the Principals of all such PU Colleges for unauthorised admission of students. But an MLC is said to have intervened in the matter and reportedly advised the DDPUE against issuing notices, as the deadline for sanctioning of colleges had been extended to June 30.

But the urgency of the colleges in admitting students even before getting sanction from the DPUE, has caused concern among the students as well as the parents. Meanwhile, it is learnt that the DDPUE is said to be getting written undertakings from such PU Colleges, that the admissions will be cancelled if they failed to get Government sanction to run PU courses.