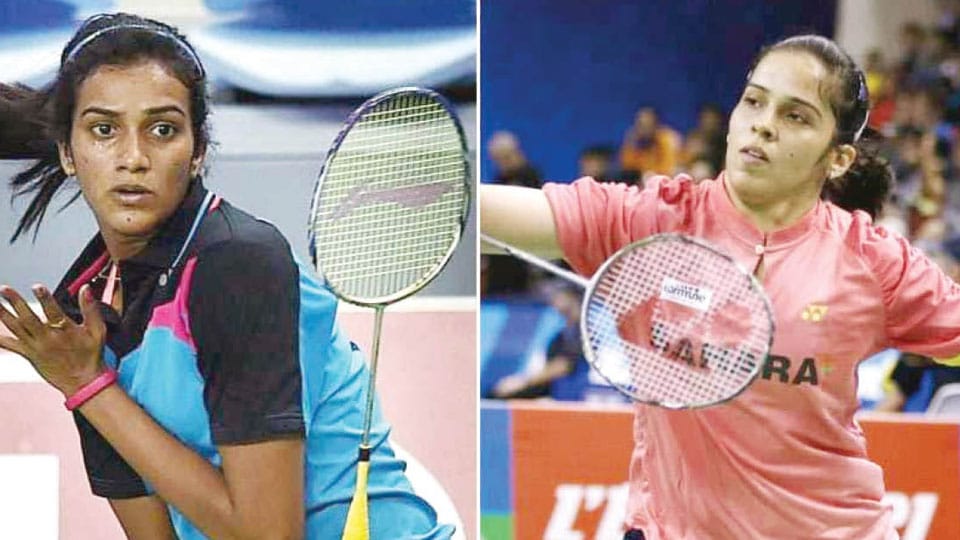 P.V. Sindhu and Saina Nehwal will look to end an 18-year-old drought of title at the prestigious All England Open Badminton Championships, starting in Birmingham on Wednesday.

Both Indian star shuttlers Sindhu and Saina have a challenging draw in their way to the All England Open crown, which was last won by current chief national coach Pullela Gopichand for India in 2001. While Sindhu will start her campaign against Sung Ji Hyun of South Korea, Saina will face Scotland’s Kristy Gilmour in the opening round.

Only the top 32 in the Badminton World Federation (BWF) rankings qualify for the Tourney and out of them, only three Indians have been seeded, the third being Kidambi Srikanth (seeded seventh) in the men’s event.

The star players have had contrasting results against their first-round opponents.

While Saina enjoys a 6-0 overall record against Gilmour, Sindhu has been troubled by Sung Ji but leads 8-6 in their previous 14 encounters.

Sung Ji defeated Sindhu twice in three meetings last year and if the Indian can put it past the Korean, she will run into either Russian Evgeniya Kosetskaya or Hong Kong’s Cheung Ngan Yi in the second round.

A favourable result will then pit Sindhu against third-seeded Chinese youngster, Chen Yufei in the quarterfinals. The Indian had lost to Chen at the 2018 China Open and will be wary of the Chinese despite enjoying a 4-3 head-to-head record.