Home » News » All Railway lines in the country to be electrified: Minister 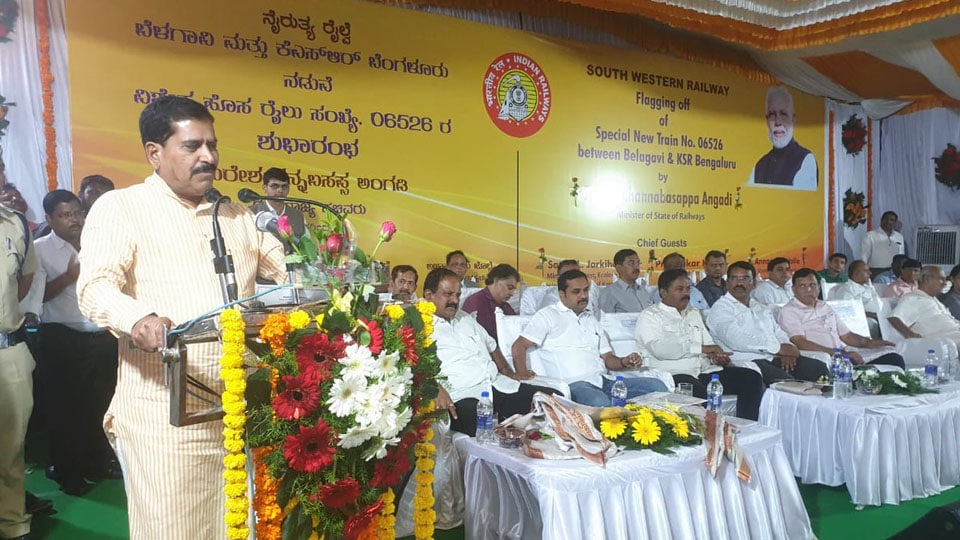 All Railway lines in the country to be electrified: Minister

Bengaluru: Union Minister of State for Railways Suresh Angadi has said that all Railway lines in the country will be electrified.

Speaking to press persons at KSR Bengaluru Railway Station here yesterday, Angadi said that Prime Minister Narendra Modi has planned to link all Railway Divisions by electrifying all Railway tracks in the country.

The electrification, apart from improving Railway systems and services is also a major step in uniting countrymen, he said and added that a  proper co-ordination between the Union Government, State Governments and local bodies will make implementation of Railway projects much easier.

Suresh Angadi
Book on legendary Forest Officer K.M. Chinnappa to be out on July 2
Speed of 14 trains increased