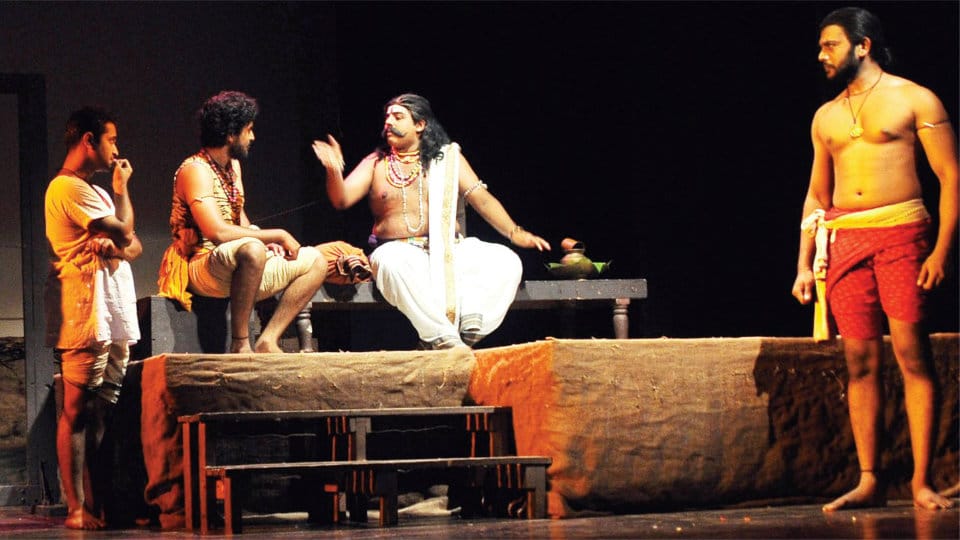 Mysuru: “Theatre must not be curtailed to mere entertainment but should highlight the problems of the society,” said Senior Theatrist Srimathi Hariprasad here on Sunday last.

Speaking after inaugurating the CGK Amateur Theatre Festival at Rangayana, she said that theatre should also encourage to bring about changes in the society by creating awareness among the people.

She urged the audience not to watch the play just for entertainment but understand the moral and message in each of them.

Later, the artistes of Rangapayana Troupe of Bengaluru staged the play ‘Ondanondu Kaladalli’ written by Girish Karnad and Krishna Basarooru and directed by Rajaguru Hosakote.

Rangayana
Tale of Indian Democracy: Urbanites Vs Rustics
Committee to be formed to spread green cover in city