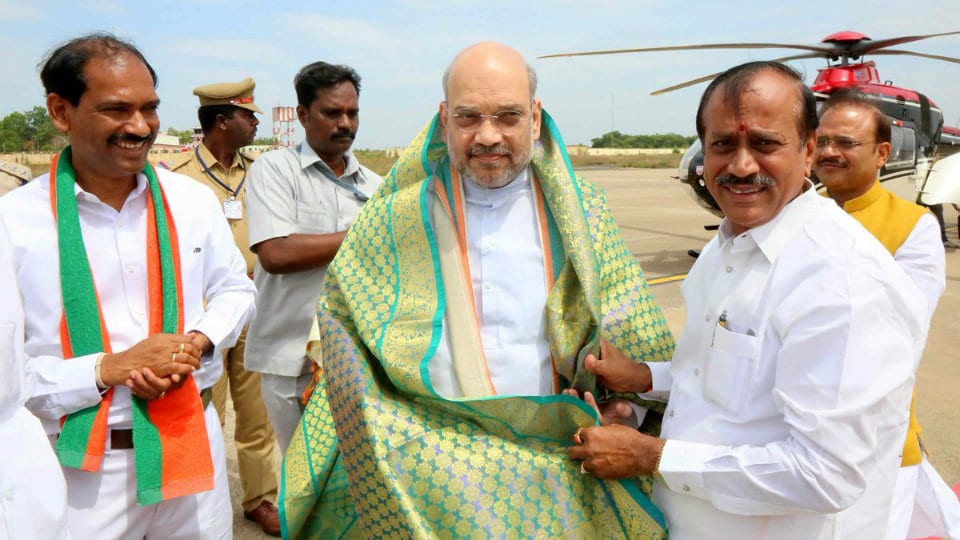 Shah was welcomed with a traditional song and a motorcycle rally from the airport.

During his two-day visit, Shah will garland a statue of poet and journalist Subramania Bharati, followed by attending a party meeting to take stock of the political situation in the Union Territory.

Besides presiding over the party’s core committee meeting, he will also hold talks with office bearers, District Presidents and General Secretaries among others.

Shah will hold meetings with industrialists, representatives of trade associations and Chambre De Commerce. He will visit Auroville on Tuesday. This will be his second visit to Puducherry.

Amit Shah is visiting Puducherry as part of his 110-day nationwide tour to strengthen the party.