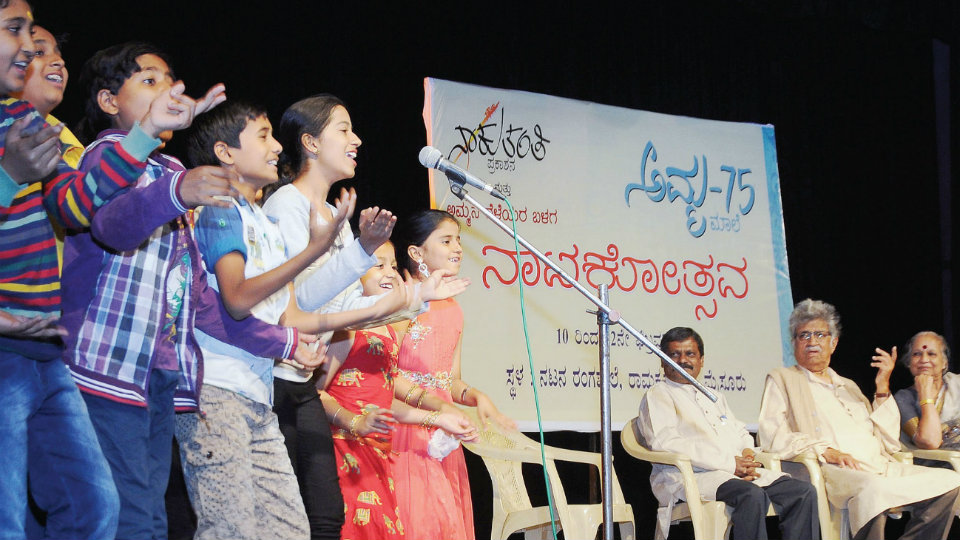 Stating that our culture has given due respect to women, noted Sarod Maestro Pt. Rajeev Taranath has called upon women to take note of the prominence given to them by the society, in promoting cultural and human values in the society.

Recalling the contribution of theatrist Vijayamma for the promotion of artistic talent in women, Pt. Ravjeev Taranath lauded actor and theatrist Mandya Ramesh for organising the event to mark the 75th birthday of the woman theatrist.

Pointing out that Vijayamma was born in a traditional family, he said that Vijayamma, apart from doing household work, found time to popularise the theatre in every nook and corner of the State.

Former Rangayana Director H. Janardhan noted that Vijayamma was a role model to many a women of the State.

Complimenting Vijayamma for her success as a theatrist, Janardhan said that she had the capacity to take everyone along in the society for the growth of the theatre.

Theatrist B. Suresh too spoke on the occasion.