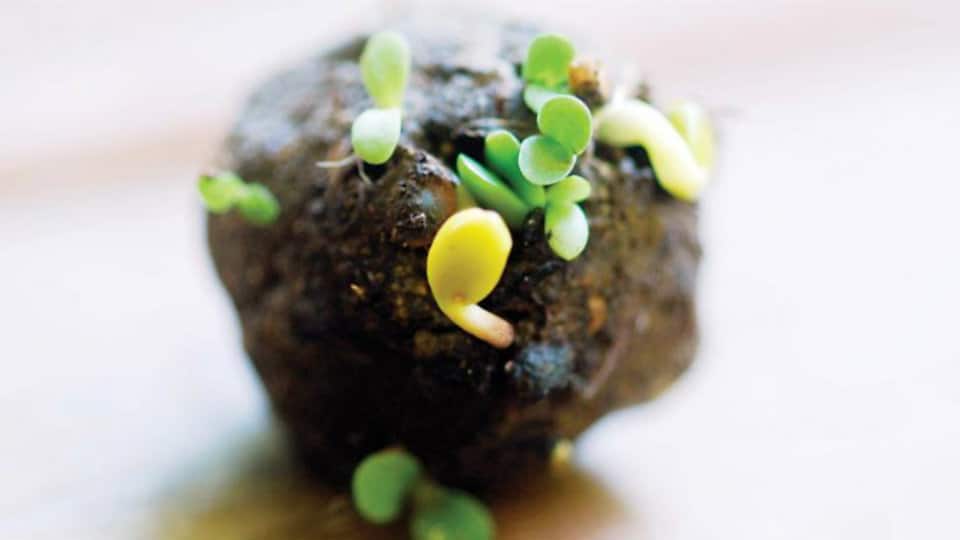 The four-column-wide caption, reading “6 crore seed balls to be tossed in State during this monsoon” published in a daily early this week must have generated euphoria in the minds of most readers of that news. The matter, carried in one of the inside pages, along with a picture of girl students of a Mysuru-based primary school engaged on preparing the seed balls, made of a mixture of red and black soil, very much deserved to be published on the front page of the daily, may be with a caption sprawling across more than four column. While the pages of the land’s history, as old timers of the city can recollect their school teachers of the past highlighting rulers of the bygone days credited with raising trees along roads as part of their administration. Only one name, everyone knows who, has hogged the limelight for having planted saplings of trees and nurtured them with love and own resources. Chroniclers will do well to record for posterity the ongoing countrywide tree-chopping spree in the name of development, Karnataka earning the dubious distinction as a top tree-chopping State.

One who protects trees is protected by the trees, says an elegant expression (vriksho rakshathi rakshitaha) traced to the land’s scriptures. As if to mock at this simple-yet-wise guideline, the law-makers of our times and the functionaries in administration in tandem are mindlessly chopping full-grown trees by thousands all over the State converting the green top of living spaces into grey top as it were, read trees yielding place to roads and concrete buildings.

While many voluntary groups of citizens across the land, including Mysuru’s well-known non-government organisations, have done their bit to dissuade the authorities from denuding spaces that have hosted lush greenery from times immemorial, the damage to environment has been done, apart from disturbing the all-too-vital water-cycle of water-evaporating-vapourisation-cloud-rain that has sustained life for centuries. Now comes the news of an innovative initiative by over 150 like-minded organisations from across the State joining hands to roll 6 crore seed balls to be tossed on hills, open spaces, parks and roadsides covering the length and breadth of the State during the ensuing monsoon. Preparation of seed balls have reportedly begun in all 30 districts of Karnataka involving school, college students, employees of private companies and volunteers of different organisations.

Given the mouth-watering list of fruits such as guava, seethaphal, jack-fruit, jamun and so on whose seeds will be embedded in the seed balls, and the methodology of planting them in a fail-safe procedure, the present generation people of Karnataka will be gratefully remembered if they rise to the occasion, Lord Varuna blessing the initiative.