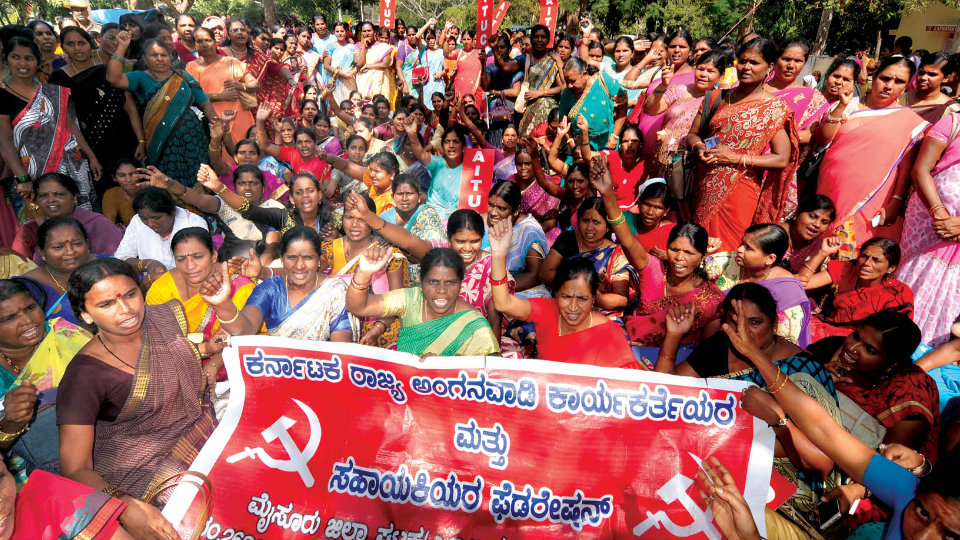 Mysuru: Urging the government to fulfil their various demands, Anganwadi workers numbering about 300 took out a protest rally in city this morning.

The workers, under the banner of Karnataka State Anganwadi Workers and Assistants Federation and supported by AITUC took out a protest rally from Kote Anjaneyaswamy Temple to the DC office.  The rally passed through Gandhi Square, Devaraj Urs Road, JLB Road, Metropole Hotel Circle and Vinoba Road to reach the DC office where they staged a protest and submitted a memorandum.

Their demands included minimum wages, PF and ESI facilities and a policy to recruit them to LKG and UKG classes in Government Schools if they are started as per the proposal and other demands.

The protest was led by AITUC State Committee Member D. Jagannath, District Convener Lakshmamma and others.