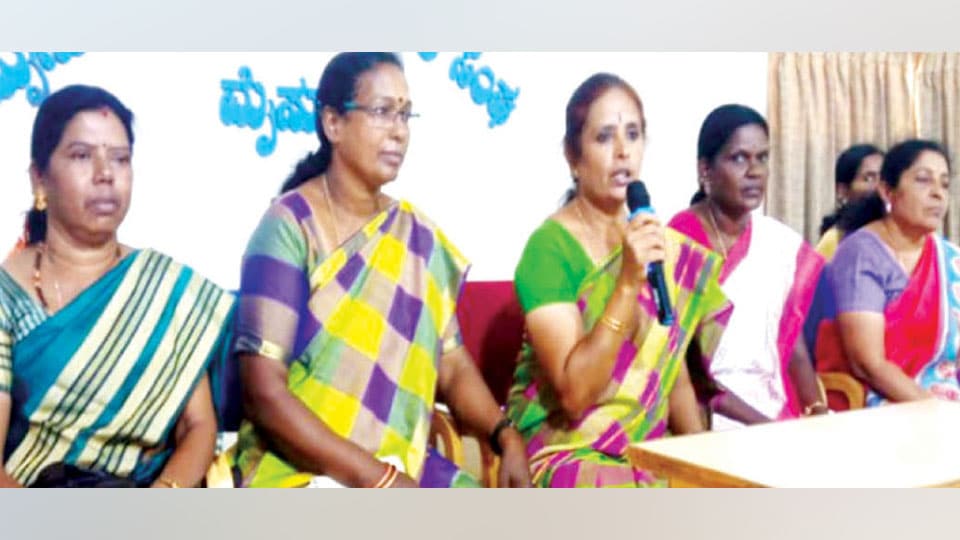 Anganwadi workers to stage demo in Bengaluru on May 30

Mysuru:  Urging the Government to entrust the responsibility of running LKG and UKG classes to Anganwadi Kendras, the Anganwadi workers from across the State will stage a demonstration in Bengaluru on May 30.

Announcing this at a press meet here yesterday, State Anganwadi Workers Association President H.S. Sunanda said that as part of the demonstration, a massive rally will be  taken out from KSR Bengaluru City Railway Station to Freedom Park at 11.30 am on May 30.

More than 50,000 workers are expected to take part in the demonstration to be held at Freedom Park, she said and warned of an indefinite stir if the Government does not officially hand over running of LKG and UKG classes to Anganwadis.