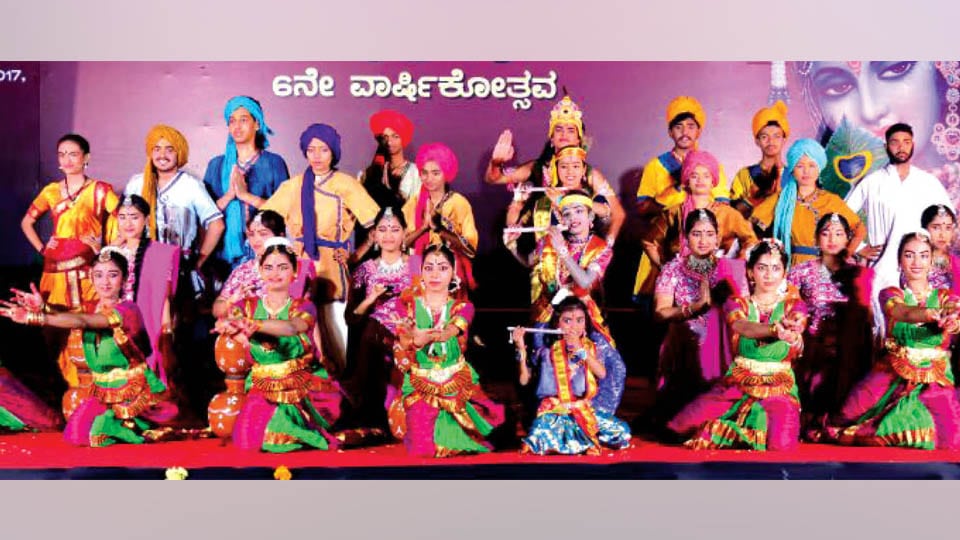 Guruseva Dhureena, Padmashree Dr. V.R. Gowrishankar, Administrative Officer and CEO of Shree Sringeri Sharada Peetam, presided over the function. He advised the students to develop moral values and not to limit themselves only to acquire degree in Medicine and Engineering.

C.V. Gopinath, Additional Chief Secretary, Government of India, was the chief guest. In his valedictory address, he gave a call to the students to understand and utilise the scientific aspects, which is in our culture. Different countries of the world are using these, but Indians themselves are ignoring them, he regretted.

On this occasion, the College Development Council felicitated the toppers of the PUC exams-2017 and also the students who got good ranking in CET and JEE Mains by giving them cash awards.

Endowment cash awards instituted by  Dr. K.S. Chandrashekar, retd. Professor of Mathematics, NIE, were given to the toppers in Mathematics of II PU Exam-2017.

This was followed by cultural extravaganza. The main attraction of the event was the dance -drama ‘Sri Krishna Vaibhavam.’