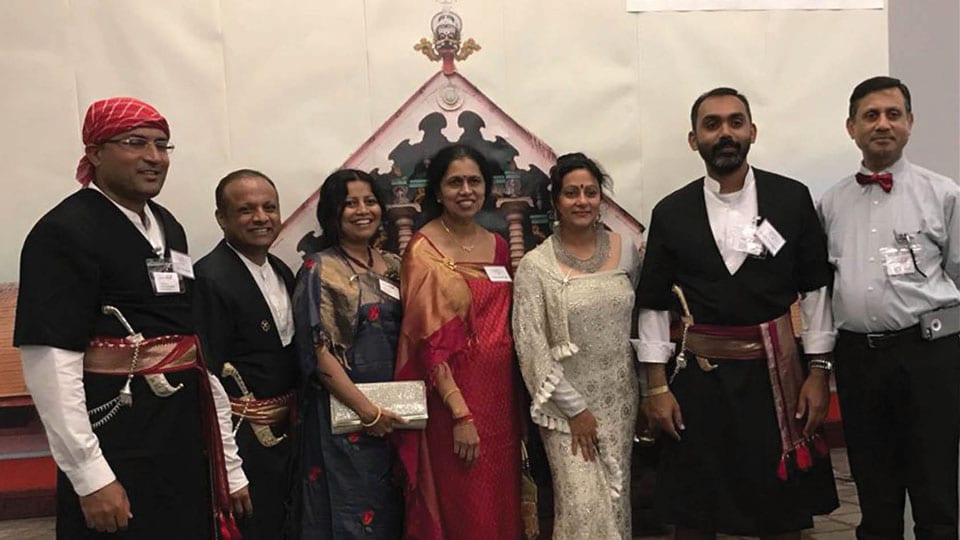 Mysuru:  The annual Kodava Convention of North America was recently held in Myrtle Beach, SC, also known as the Golf Capital of the World. Over 370 Kodavas gathered at the Double Tree Resort by Hilton in Myrtle Beach, the venue of the grand two-day event.

The festivities began a day in advance with the making and rolling of ‘Kadumbutt’, a traditional rice dumpling eaten in Kodagu. The event was held at the house of Kambeyanda Dr. Ramesh and Dr. Leela. The hosts were Kodavas of Carolinas with support from community members from Pennsylvania, Maryland, Virginia and Georgia.

On the first day of the convention, a variety of games and entertainment events were organised for all age groups while the performers got together (many of them practicing in person for the first time after months of co-ordination over social media). The informal pre-convention had more than 350 guests who let their hair down and partied late into the night.

While talented children like Tarana Mukkatira (violin) and Kanishk Mukkatira (piano) showcased their talent, seasoned performers like Namitha Achchandira enthralled the audience with her dance moves. Besides, there was an impromptu dance performance by 5-year-old Vianca Kallengada with some moral support from Anwita Monnanda that stole the show.

A morning walk was organised as part of the convention which not only promoted health and wellness but also helped raise funds to help the educational needs of economically challenged children in Kodagu. The second day’s main event started with the traditional lighting of the lamp by Dr. Kambeyanda Ramesh and Dr. Leela. Avinash Chottangada did the invocation in chaste Kodava language. A special mention was made about the victims of the recent floods and landslides in Kodagu. 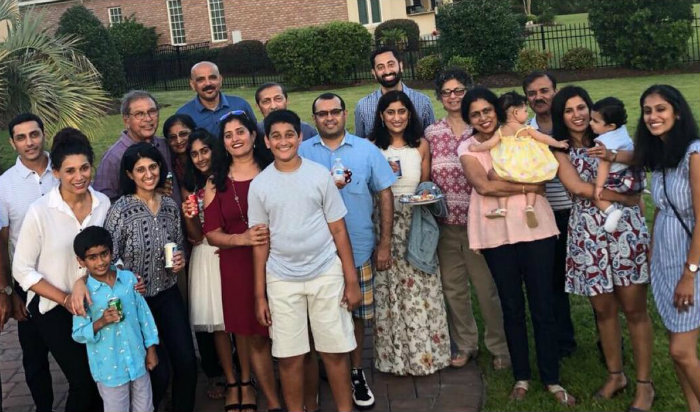 Thaliyathakkibolcha and Baalopaat added the Kodava traditional elements to the event and helped showcase some of the traditions to our younger generation. Aiyappa Kechamada and Aashiq Paruvangada were the masters of the ceremony.

The ceremony started with prayer song by Kallichanda Kaveri from Denver and was followed by multiple cultural events including songs and dances. A quiz competition on Kodagu, its land, people and culture was organised by Nithan Thimmaiah Monnanda.

Gina Konganda, Founder President of Kodava Koota, spoke about the organisation and listed its achievements that include helping the Sri Ramakrishna old age home at Ponnampet in Kodagu, funding the legal expenses to evict illegal settlers in Devakad at Valnoor and planting about 10,000 saplings in Kodagu.

Besides, the first High School Achievement award ($1,000 and a plaque sponsored by Kodava Koota) was presented to Paruvangada Bopaiah, son of Paruvangada Kuttaiah and Pooja. Kodava Koota which has been running a fund-raising campaign to help redevelopment of Kodagu and the affected people leveraged the opportunity to collect money that will be used to assist those affected. Over 50,000 dollars (INR Rs. 35 lakh) have already been collected and more money will be collected for rehabilitation.

Community members of four countries participated in the convention and 27 States in the United States of America were represented. Over 174 Kodava families were present. The next annual convention will be held at Boston.