Home » News » Another mishap near bus tragedy spot at Kanaganamaradi 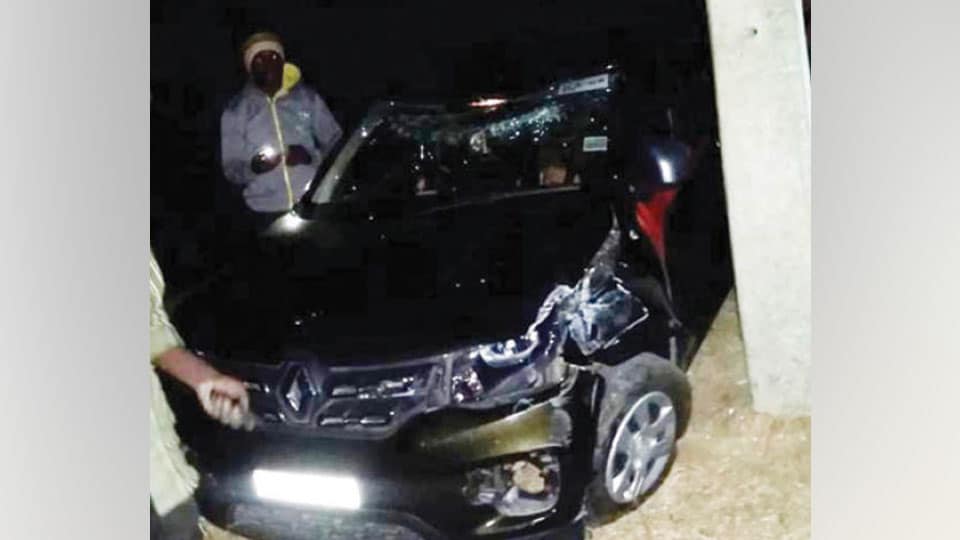 Another mishap near bus tragedy spot at Kanaganamaradi

Pandavapura:  Less than a week after a private bus rolled down into the Varuna Canal at Kanaganamaradi in the taluk on Nov. 24, killing 30 passengers, three persons travelling in a car had a miraculous escape when the car toppled near the same spot on Wednesday.

Veterinary Doctor Shivaiah along with Chetan and Yogesh Gowda of Holalu in the taluk were travelling in the car to Kanaganamaradi to attend an ailing cow, when the car toppled on the road along the Varuna Canal at Kanaganamaradi and hit an electric pole before comming to a stop. All the three had a providential escape as the car would have fallen into the canal, had the electric pole not come in the way, thus preventing another tragic mishap, it is learnt.