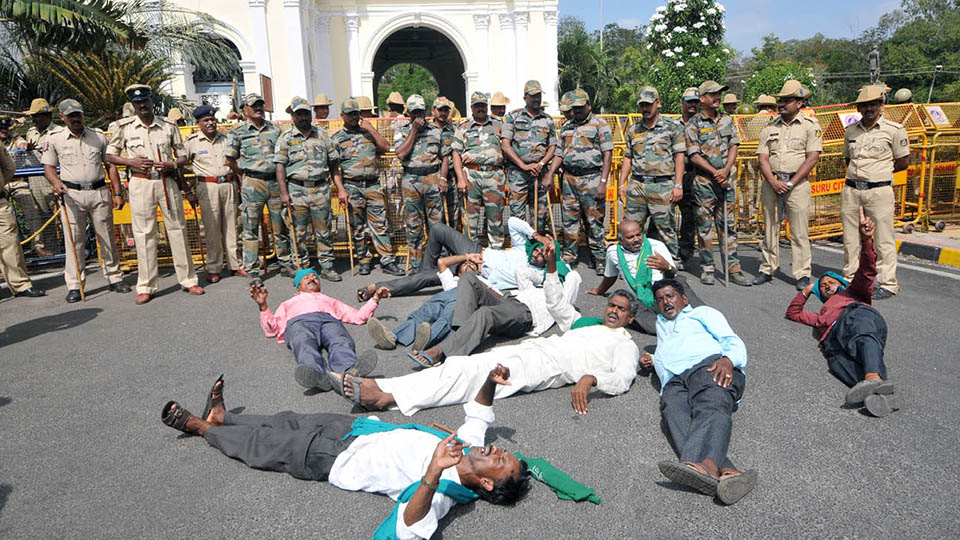 Mysuru: Seeking fulfilment of their various demands, more than a hundred farmers under the banner of Karnataka State Sugarcane Growers Association took out rally in city this morning. 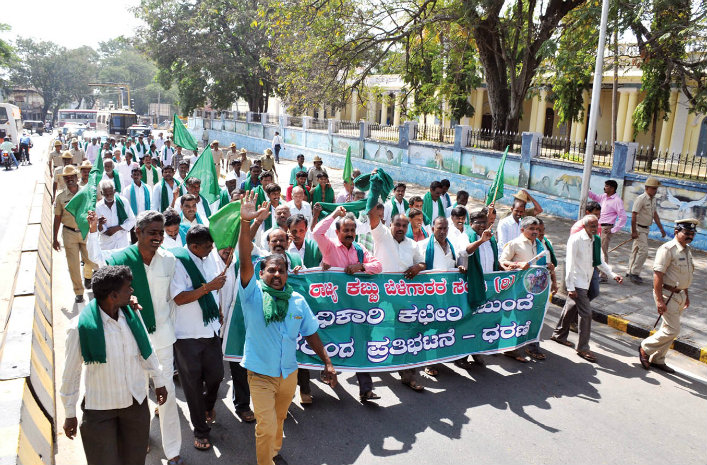 The demands included setting up of paddy procurement centres at all Taluk and Hobli centres, MSP of Rs. 2,000 per quintal for paddy, announcement of ex-field FRP (Fair & Renumerative Price) for sugarcane and payment of balance SAP Sugarcane price of Rs. 200 per quintal among others.

As soon as the rally neared the DC’s office, the Police prevented the farmers from entering into the Office. The farmers protested the Police action and resorted to rolling over the ground to register their protest. Later, the farmers were allowed to enter the gate of the Office, where they presented a memorandum to ZP CEO K. Jyothi, in the absence of the DC.